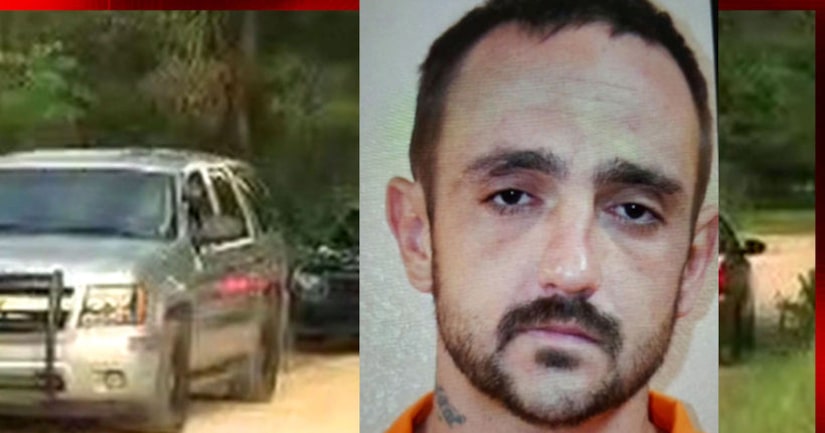 Citronelle Police Department requested the assistance of MCSO. Citronelle Police stated a woman named Laneta Lester arrived at their office early Saturday afternoon, and informed them that her boyfriend, suspect Derrick Dearman, murdered multiple people at the address on Jim Platt Road. Citronelle Police responded to the location and verified her account. During the same time frame, Dearman, walked into the Greene County Sheriff's Office to turn himself in and cooperate with authorities. Below is an account of the events that took place on August 20 based on interviews conducted by GCSO and MCSO of Derrick Dearman and Leneta Lester.

MCSO said on August 19, Lester went to stay with a relative at 17160 Jim Platt Road, in an attempt to leave an abusive relationship with Dearman. At approximately 1 a.m. August 20, someone inside the residence called 911 to report Dearman being on their property. Citronelle Police responded to the call, however Dearman left before police arrived.

Between 1:15 a.m. and daylight, Dearman returned to the residence on Jim Platt Road. Dearman unlawfully entered the residence and attacked the victims while they were sleeping. Inside the home were six adults and one 3-month-old infant. Several weapons were discovered at the scene and may have been used as murder weapons.

Dearman will be charged with six counts of murder. One of the victims, Chelsea Reed, was 5 months pregnant with a boy at the time of her death. Below are the names of the victims:

All six will be capital murder charges. District Attorney Ashley Rich has confirmed they will begin extradition process immediately.