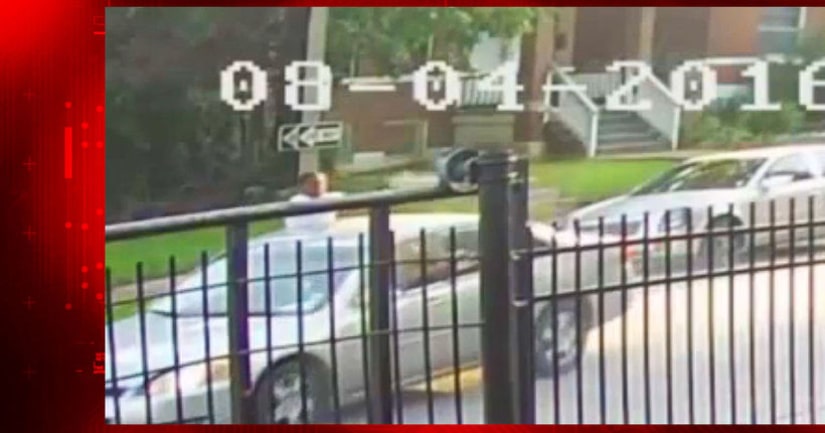 ST. LOUIS, Mo. -- (KTVI) -- Shocking surveillance video captures a man shooting out of a car during a drive-by in north St. Louis. When investigators got to the scene they found one 20-year-old dead and an 18-year-old suffering from gunshot wounds. Police are asking for the public's help to identify shooting suspects and their vehicle.

Police say that two teens and one 20-year-old were in front of a home in the 5300 block of Terry Avenue on August 4th when a gray Chevy Impala approached from the west. The vehicle stopped in the street in front of the home. A man emerged from the car and opened fire, striking two in the group. One of the victims died at the scene. He has been identified as Dominick Reece. A second victim was taken to an area hospital.

Police say that one of the shooting victims ran east on Terry avenue and then north through an alley. As he ran the Chevy Impala chased after him.

When the Impala arrived at the alley entrance, the driver and front seat passenger started shooting at the fleeing victim. After firing multiple shots the car raced from the scene.