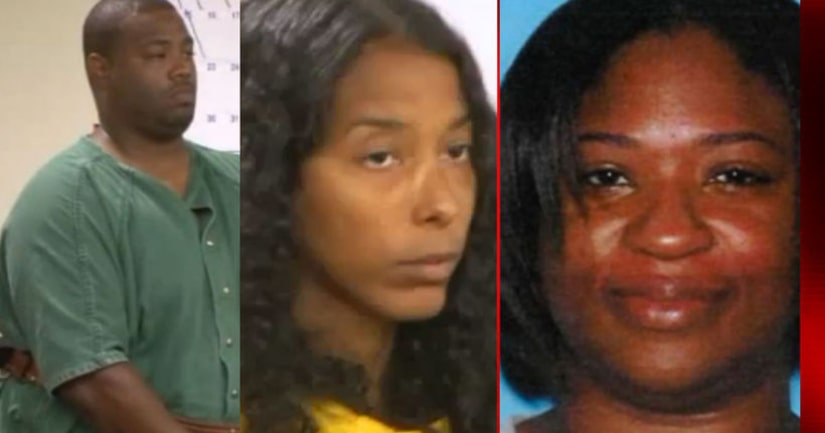 The case took a turn when her remains were found Tuesday. Two people charged with trying to kill her in 2015 have been arrested in connection with her murder, while trying to cover it up.

The story has three different scenes: one, the home of Tyrita Julius, 41, in Linden, in Union County, in northern New Jersey. She was shot there last November, in her car, in front of her home. She eventually recovered from her critical injuries.

The second scene is the Long Branch home of Andre Harris, 12 blocks west of the Jersey Shore shoreline. In its backyard on Tuesday, police found Julius's body in a three-foot deep hole, wrapped in a tarpaulin. She'd gone missing on March 8 of this year.

The third scene is Monmouth County criminal court in Freehold, in central New Jersey. There, on Wednesday afternoon, Harris, 32, went before a judge, charged with Julius's murder. Also charged was Jennifer Sweeney, also 32, a friend of Julius.

A prosecutor asked that a $1.5 million cash bail be maintained for Sweeney. Judge Honora Kilgallen kept the recommended bail, despite the request of Sweeney's lawyer to have it reduced.

Harris, whose first appearance was separate from Sweeney's, was also given $1.5 million cash bail.

It was a reflection, Judge Kilgallen said, of the severity of the crimes of which both defendants are accused.

The discovery of Tyrita Julius's body was the conclusion of a hellish nine months for her family.

Her family had apparently suspected Sweeney of being involved in the disappearance of their beloved relative. Sweeney had been the last person known to have been with Julius, and she was supposed to have dropped Julius off at the Long Branch train station in the afternoon of March 8.

Detectives spent more than five months since then determining that not only did a drop off at the train not happen, but that the hiding of Julius's body took place at Harris's home on Joline Avenue in Long Branch.

Sweeney's attorney, Edward Bertucio, said Sweeney "vehemently denies the charges" against her and Harris, which include first degree murder, desecration of human remains and evidence tampering.

There is no indication that his client or Harris has posted bail.