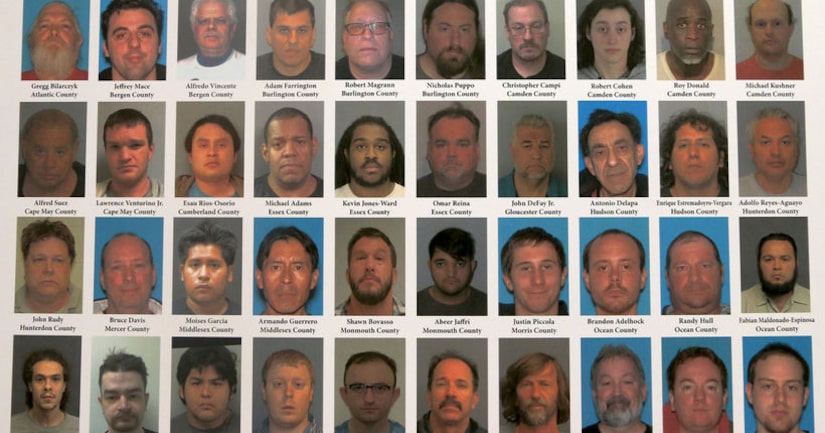 NEW JERSEY -- (WPIX) -- Forty men have been arrested in New Jersey and charged for allegedly being in possession and/or distributing child pornography, including one man accused of having more than 76,000 files of materials, the New Jersey Office of the Attorney General said Thursday.

The men were arrested as part of Operation Statewide, and included at least one man from every county in the state.

Of the 40 men arrested, 37 were also charged with distribution of images, an attorney general press release states.

Those arrested are ages 20 to 72, and include a former teacher who worked in New Jersey, Philadelphia and Pennsylvania; factory workers; an accountant; computer professionals; salesmen; food service workers; and a custodian for the Long Branch School District, according to the attorney general.

A “large percentage” are unemployed, and two are undocumented immigrants.

Of those arrested, a “number of seized computers each had more than 1,000 juvenile pornographic images and videos stored.”

And nine men charged with distributing 25 of more images face a mandatory minimum of five years without parole in state prison if convicted.

Investigators followed digital fingerprints of child pornography images online as they were sent and received, and used Internet addresses to trace the images to actual addresses, the news release states.

Detectives then went to the homes of the accused to arrest the men, one of whom is accused of having been downloading images at the time of his arrest.