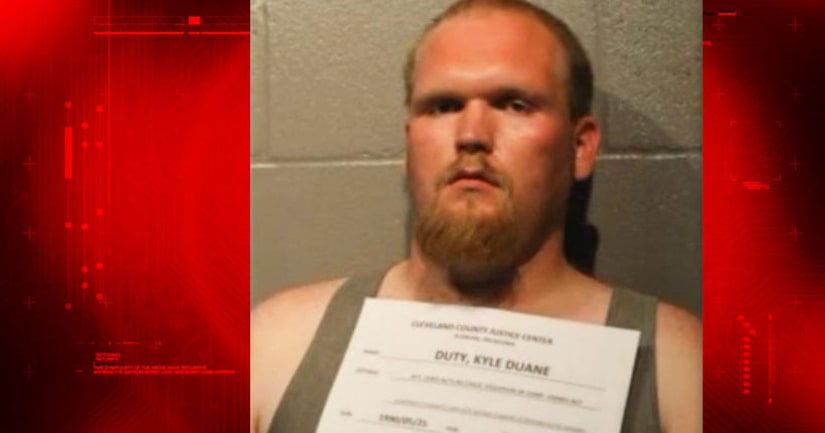 NORMAN, Okla. -- (KFOR) -- A man was charged with several counts after state agents say he posed as a self-proclaimed “sex trainer” online to lure underage girls.

It was fairly subtle, but once undercover agents started talking with him online, he allegedly started bragging how he could make young teenage girls become submissive to him to point of torture.

For about two weeks, he chatted with undercover state agents through the Craigslist app on his cellphone.

“He got into some very descriptive, very graphic details about he trains and, he says, breaks the will of these girls so they can be virtually sex slaves, and they'll be turned back over to the person who brought the girl to him,” Oklahoma Bureau Narcotics spokesman Mark Woodward said.

Agents pretended to be a man looking for obedience training for his 14-year-old stepdaughter.

Duty went further and offered to make her sexually submissive. He allegedly outlined in detail how he would torture this teen girl and even lock her in a basement to perform sex acts on him.

“No money changes hands with his business. He is paid basically through the services of people bringing him underage girls for this type of training,” Woodward said.

Duty thought he was going to meet this 14-year-old girl at Sutton Wilderness Park in Norman. Instead, agents met Duty in the parking lot.

We're told he confessed to posting the Craigslist ad and intended to have sex with the girl.

Agents say he brought with him gloves, a shop rag, and a large knife almost as big as a sword. “It was very concerning had this been an actual situation how he used that weapon,” Woodward said.

Duty doesn't have a criminal history.