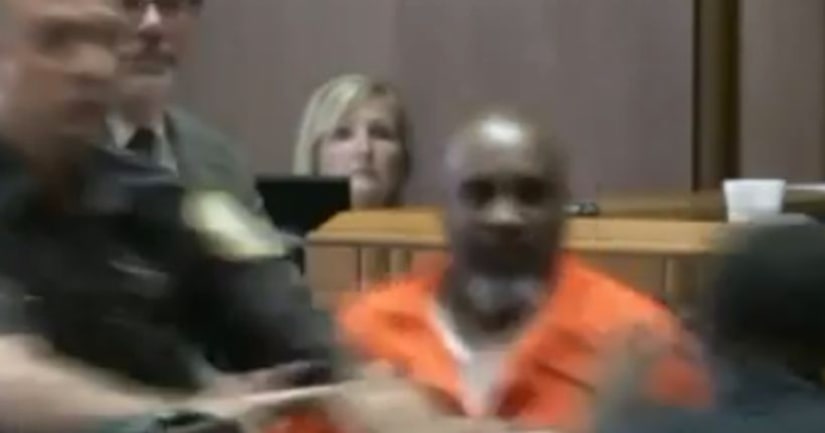 KALAMAZOO -- (WXMI) -- KALAMAZOO, Mich. — Willie Warren couldn't even speak. He stood at the podium, shook his head and took a few deep breaths. Then he looked up at the man who killed his nephew Temetrion Hegler, who was like a dear brother to him.

Warren stopped mid-sentence and lunged at Bruce Embry only standing a few feet away. Deputies rushed in and subdued him inches from Embry. Embry was escorted out and Warren was held to the ground, sobbing while saying he "killed my baby brother." His outburst sparked other family members to argue and attempt to fight.