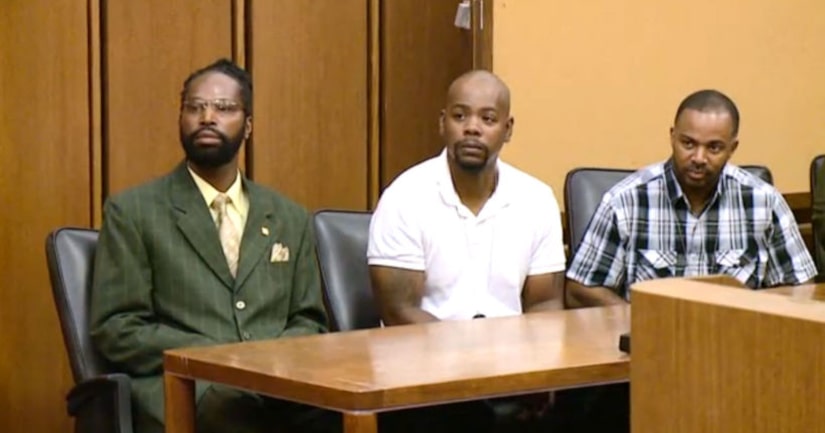 Derrick Wheatt, Eugene Johnson and Laurese Glover spent about 19 years in prison until their release last year. That's when Cuyahoga Common Pleas Judge Nancy Margaret Russo ruled the three deserved a new trial based on new evidence that was introduced.

This spring, the 8th District Court of Appeals also ruled the three East Cleveland men deserved a new trial on their murder conviction in 1996.

On Monday, the Cuyahoga County Prosecutor's Office formally dismissed the charges. When the judge dismissed the case, the three men and their families began applauding.

Glover, Johnson and Wheatt were accused in the February 1995 murder of Clifton Hudson. The three were all under 18 at the time. 'East Cleveland 3' fighting to clear names, may have charges dropped