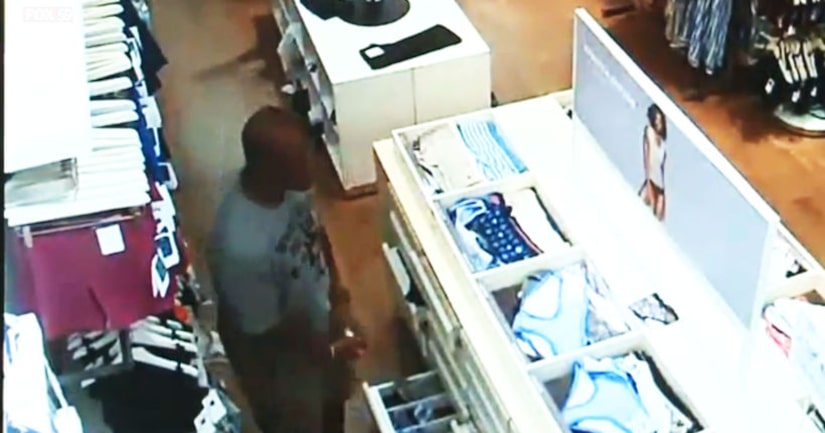 INDIANAPOLIS, Ind. -- (WXIN) -- The Indianapolis Metropolitan Police Department is working to track down a thief who stole 200 pairs of ladies underwear from a popular store at The Fashion Mall at Keystone.

Surveillance video taken Monday afternoon at the Gap store shows a male suspect in his 40s slowly walking around the women's underwear display. The man appears to be scoping out the area, pretending to shop and waiting for other shoppers to clear out of the area.

Once he is alone in the corner of the store, the man can be seen pulling a shopping bag from another store out of his pants pocket. He then proceeds to grab panties by the handful and stuff them into the shopping bag.

“It certainly is unusual and not something that we see often,” said IMPD Sgt. Kendale Adams.

Within seconds of grabbing the panties and stuffing them in the bag, the man walks out of the store with roughly 200 pairs of Gap panties. At $10 per pair, the theft represents a $2,000 loss for the store.

The detective working on the case can't say for sure, but he is investigating the possibility that this same suspect has committed the same type of theft at other stores.

Investigators are asking anyone with information about the suspect to call Crime Stoppers at (317) 262-TIPS.