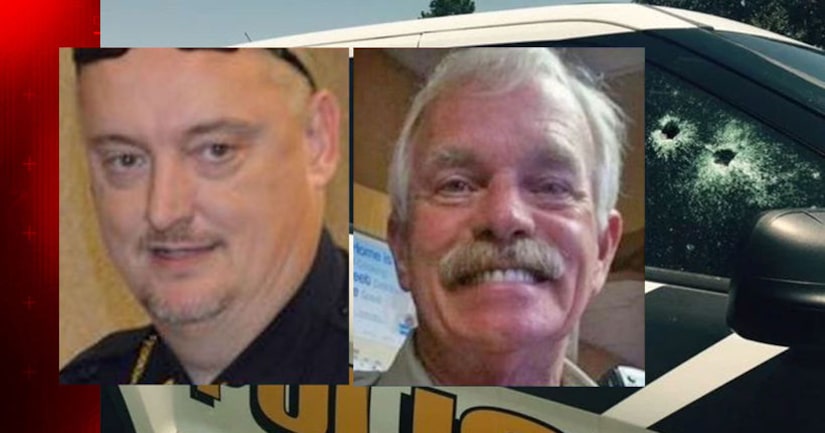 SEBASTIAN COUNTY, Ark. -- (KFSM) -- A Sebastian County deputy is not expected to survive after he and another officer were shot in the line of duty on Wednesday has been taken into custody, according to the Fort Smith Police Department.

A Sebastian County deputy, Bill Cooper, and the Hackett chief of police, Darrell Spells, were both shot Wednesday morning while responding to a call of a family disturbance around 7:15 a.m., according to the Sebastian County Sheriff's Office. The shooting happened near the intersection of Highway 253 and Boone Road.

Both officers were taken to Sparks Hospital in Fort Smith.

Cooper was taken off life support Wednesday afternoon and is not expected to survive, said a law enforcement official.

Chief Spells was released from the hospital shortly after 10:30 a.m. A woman who claims to be Spells' mom said that her son was grazed by a bullet to the head, but will be OK.

The suspect has been identified as Billy Monroe Jones of Greenwood. He has been booked into the Crawford County Jail.

Police said Jones, 34, had a court arraignment this morning. Fort Smith police said the Jones' father told them he might have been upset about that.

Police said they believe Jones started shooting when Spells and Cooper pulled up to the home. They were taken to the hospital as reinforcement arrived, and Jones barricaded himself inside the home and shot additional rounds at officers.

Officers were eventually able to talk Jones into coming out of the home peacefully. He waved a white towel out of the window, then walked out of the home with his hands up, then laid down on the ground to be handcuffed.

The bomb squad was also called to investigate Jones' home, because investigators heard he had a license to work with explosives.

A manhunt for Jones was underway for about an hour, before officers realized he was barricaded inside the home. Two helicopters and Johnson County Emergency Management all terrain vehicles were also deployed to search for the suspect.