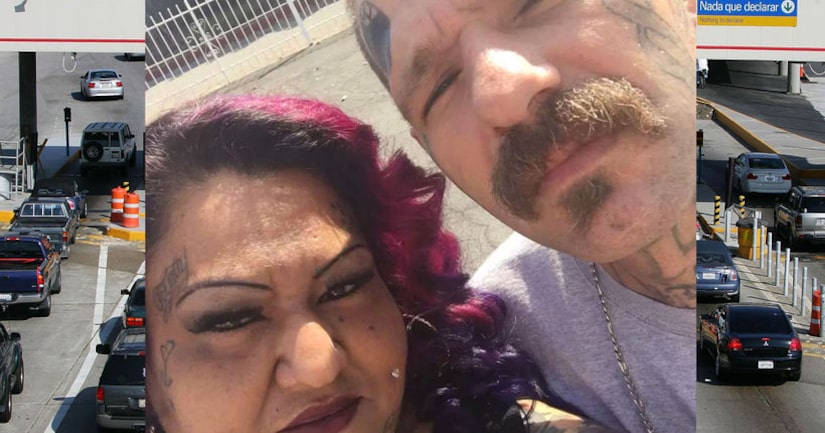 SAN YSIDRO, Calif. -- (KSWB) -- A couple from the Los Angeles area was arrested on suspicion of murder after they tried to walk across the border to Tijuana with a duffel bag containing the body of a dead toddler, police said.

Mexican authorities turned over Johnny Lewis Hartley, 39, and Mercy Mary Becerra, 43, to San Diego homicide detectives Tuesday at the San Ysidro port of entry. They have been booked into jail on one count of murder.

The Whittier, California couple -- not the girl's parents -- were trying to cross the pedestrian bridge into Tijuana from San Ysidro, according to the San Diego police Lt. Ray Valentin. When Mexican customs agents stopped the couple, Becerra ran off, he said. Hartley was detained and Mexican officials discovered the child's body when they examined the duffle bag with an X-ray machine. When they opened the bag, they found a dead girl who is believed to be about 2 years old. A short time later, Mexican authorities found Becerra and took her into custody, Valentin said.

The child may have been killed in Whittier, so San Diego police are working with detectives of the Whittier Police Department on the case, Valentin said.