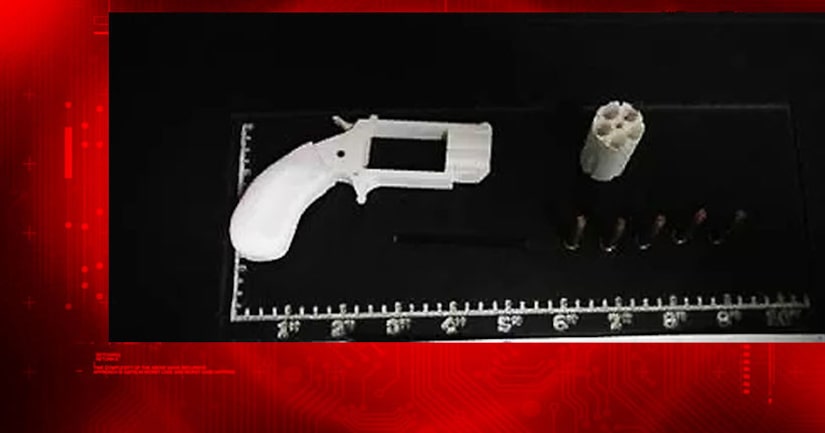 RENO, Nev. -- (KRON/AP) -- Airport screening agents confiscated a plastic handgun produced with a 3-D printer from a man's carry-on luggage last week at a Nevada airport in what a federal official said Wednesday might have been the first discovery of its kind in the U.S.

A report by Reno-Tahoe International Airport police said the white gun was a replica that couldn't fire and was loaded with five .22-caliber bullets.

“Whether it's a replica or not, it's not allowed,” Transportation Security Administration Agency spokeswoman Lorie Dankers said, noting that people in the airplane cabin might not be able to distinguish a real gun from a replica.

The bullets were detected on a luggage scanner, according to the police report obtained Wednesday.

The passenger was identified as Frederick Vandeman, 64, who told police he was a medical doctor who owns a 3-D printer and wanted to show his work to colleagues. He also said he had flown with the gun from Indiana and forgot it was in his bag.

He chose to leave the gun and ammunition behind at the Reno airport and was allowed to continue traveling, Dankers said. He wasn't charged with a crime.

Vandeman could face a fine up to $7,500, “depending on the circumstance,” Dankers said. Such a process would be administrative, not public.

The police report said the early morning American Airlines flight on Aug. 4 was bound for Dallas-Fort Worth. It said the FBI was contacted to interview Vandeman at his final destination in Memphis, Tennessee.

Dankers said she couldn't be sure if any other 3-D plastic guns had been found at other airports but noted that her inquires didn't immediately find any cases.

Nationwide, the TSA screens more than 2.1 million passengers a day.

Dankers said firearms are always prohibited in carry-on baggage along with ammunition and firearm parts. But all those items can be transported in checked baggage, as long as the traveler declares them to the airline during check-in, she said. 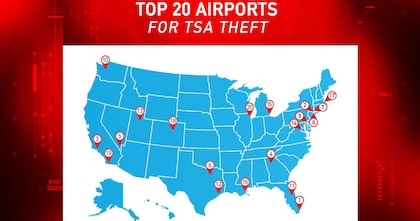 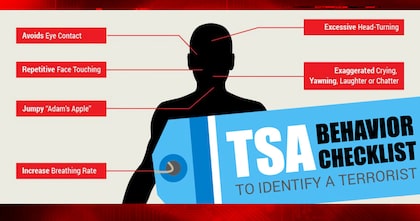 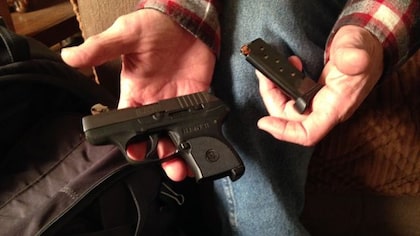 Passenger with gun in carry-on goes unnoticed by TSA 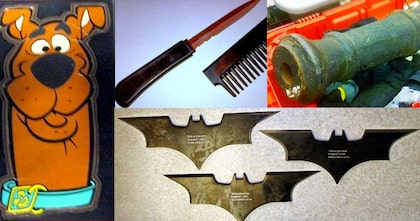