FAIRFAX, Va. -- (WBFF) -- Fairfax County Police have arrested the Mayor of Fairfax City and two others for the alleged distribution of methamphetamine in exchange for sexual encounters. The arrest was made at a hotel in Tyson's Corner Thursday.

In an almost unbelievable twist, undercover narcotics officers began investigating meth distribution in the area and identified a suspect who was allegedly distributing the drug through a website used to arrange casual sex between men. An undercover agent made a fake profile on the website and within a few days, the suspect reached out and then the two started sending text messages.

On Thursday, the Street Crimes Unit met the suspect at the Crowne Plaza Hotel in Tysons Corner. The suspect was identified as Richard “Scott” Silverthorne, 50, of Fairfax. Silverthorne provided meth to the detectives – then he was arrested and charged with felony distribution of methamphetamine and misdemeanor possession of drug paraphernalia.

Silverthorne is the Mayor of the City of Fairfax, Virginia and also works as a substitute teacher for the Fairfax County Public Schools.

After Silverthorne was arrested, police found his alleged suppliers and arrested Juan Jose Fernandez, 34, and Caustin Lee McLaughlin, 21, both of Maryland.

According to the press release:

All suspects were taken to the Fairfax County Adult Detention Center for processing. 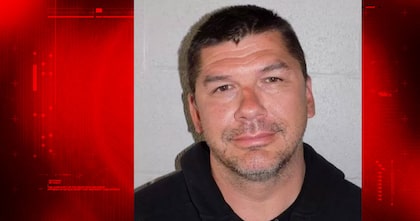