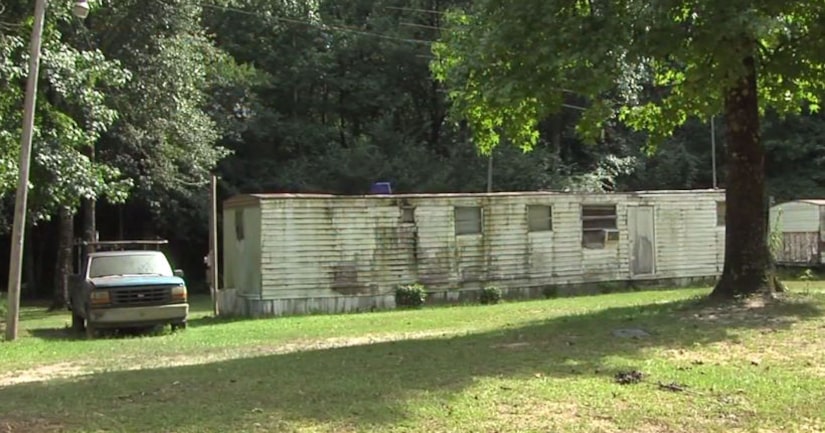 LEROY, Ala. -- (WPMI) -- An alleged burglar is caught in the act by a homeowner who eventually ties the suspect to a tree.

The homeowner was placed behind bars but no charges have been filed.

On Friday night at a secluded trailer in Leroy, Alabama on Spurgeon Road, 68-year-old owner Nathaniel Johnson set out to catch a neighborhood thief.

Authorities say Johnson even parked his truck at a neighbor's house, then waited for the burglar.

Gully the alleged thief then goes to the back breaks a lock and enters the trailer, but doesn't know Johnson is watching everything.

"(Johnson) waited for the guy (Gully) to get in. The guy (Gully) comes down the hall as he got to the open area of the mobile home which was the dining room he looked and he saw Nate," Sheriff Stringer said.

Deputies say Gully ran but tripped on the steps leading out the back door.

"Nate was right on top of him, his statement was he got his body on top of him face down and he already had a strap prepared," Sheriff Stringer said.

Johnson tied Gully's hands behind his back with the strap. Then deputies say he walked Gully over to a tree and tied him up.

"(Johnson) took electrical wire just like your homes and he wrapped that wire around the trees and around Gully secured him very well then cut the clothes line and tied him some more," Sheriff Stringer said.

Deputies say when Johnson left Gully tied to the tree, Gully was alive. Johnson went to a neighbor's house and called 911 to get help.

"We were there in 10 to 15 minutes and when the officer got to the backyard and he was dead still in a standing position," Sheriff Stringer said.

Authorities say Gully had no puncture wounds or visible trauma other than markings along the arms from the wire.

Authorities say Gully possibly could have died from asphyxiation or a heart attack.

"I did hear him (Johnson) say I did not mean to kill him, I intended to stop him," Sheriff Stringer said.

Sheriff Stringer says Johnson, the homeowner, is still behind bars for investigative reasons.

No charges have been filed.

A preliminary report on the cause of death could be available by the end of this week.

FULL STORY: Burglar dies after being tied to tree by homeowner - WPMI