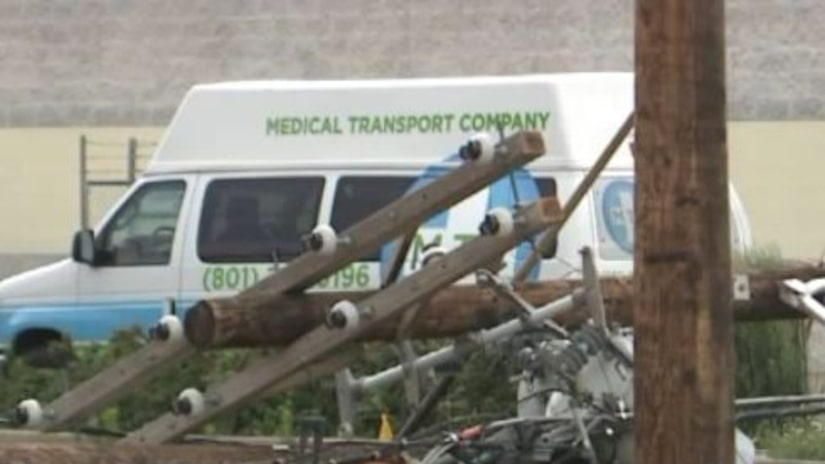 MURRAY, Utah -- (KSTU) -- Surveillance video shows the moments a truck crashed into a power pole in Murray, causing an explosion with the power line, Monday evening.

Murray Police said the person driving may have been high on drugs, with her two young children in the truck.

Video surveillance shows the crash only lasts seconds, but it involved nearly 24 hours of cleanup.

Spencer Hansen, who owns Esprit Raw Flowers, wasn't able to get to his building the next morning.