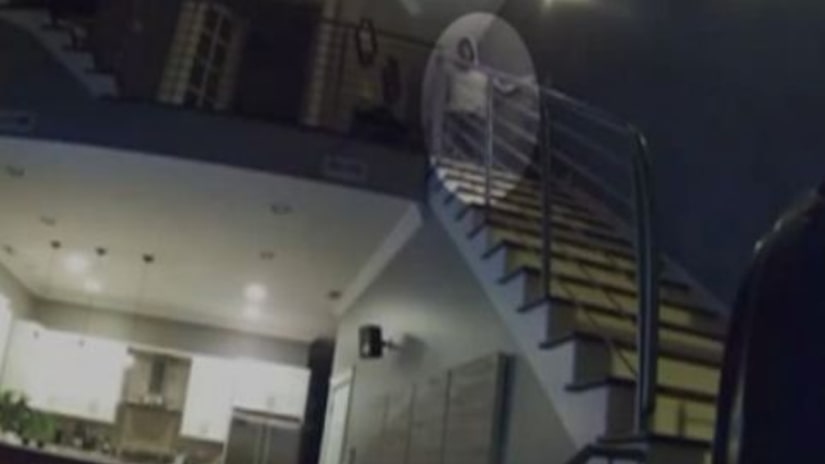 CHICAGO -- (WGN) -- Chicago residents in the Bucktown neighborhood are on the alert about a man who's broken into homes in the area, virtually undetected, even while the owners are at home.

One couple captured an image of the burglar paying an unwelcome visit. Police tell the couple they've never seen anything like this before.

The surveillance video was captured in the wee hours of Monday morning in a Bucktown three-flat owned by Jack Mackercher.

Mackercher and his girlfriend fell asleep on the couch, unaware that an intruder was roaming around upstairs.