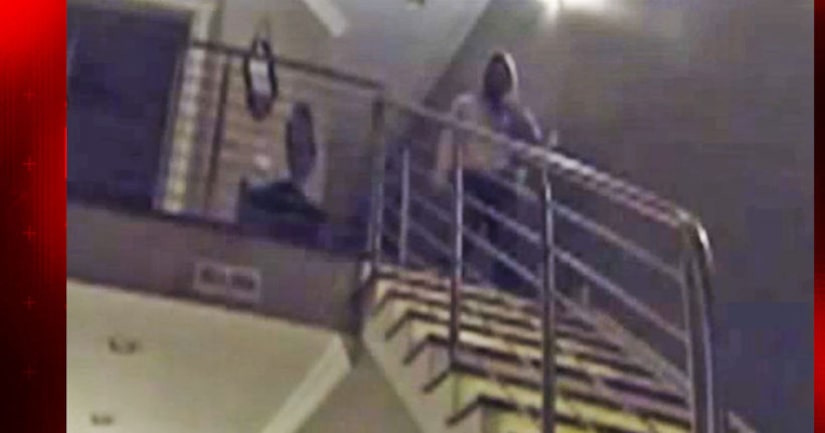 CHICAGO -- (WGN) -- Chicago residents in the Bucktown neighborhood are on the alert about a man who's broken into homes in the area, virtually undetected, even while the owners are at home.

One couple captured an image of the burglar paying an unwelcome visit. Police tell the couple they've never seen anything like this before.

The surveillance video was captured in the wee hours of Monday morning in a Bucktown three-flat owned by Jack Mackercher.

Mackercher and his girlfriend fell asleep on the couch, unaware that an intruder was roaming around upstairs.

The video shows the intruder lurking at the top of the stairs while Mackercher and Jordan Buranskas slept on the couch. totally unaware of his presence.

It even appears that the man stopped to take a few minutes to watch TV in the home. He was inside for about 12 to 15 minutes. Even the couple's two dogs didn't detect anything.

The couple didn't realize anything was wrong until Buranskas woke up the next morning, looking for her purse.

In an effort to show her that she walked into the home with her purse earlier that day, Mackercher started reviewing his surveillance video -- and the couple was shocked to see the man had been creeping around their home, while they were there.

The only thing missing was Jordan's purse.

The couple is now ramping up their security at the home and warning others in the Bucktown neighborhood to lock up and be on the lookout for this intruder, especially since the neighbors believe he tried a few other homes early Monday morning before making his way into theirs.