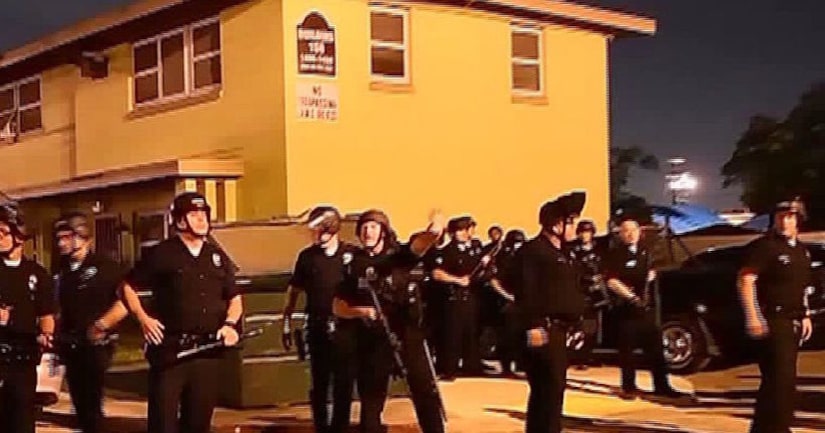 LOS ANGELES -- (KTLA) -- A Los Angeles police officer was shot and wounded during a gun battle in Watts that left one man dead Monday night.

The incident was reported about 11:10 p.m. near the intersection of 111th and Antwerp streets.

Officers were conducting an extra patrol in the Nickerson Gardens Housing Project when they went to disperse a group of people who were described in initial reports as being disruptive, said Lt. Chris Ramirez with the Los Angeles Police Department.