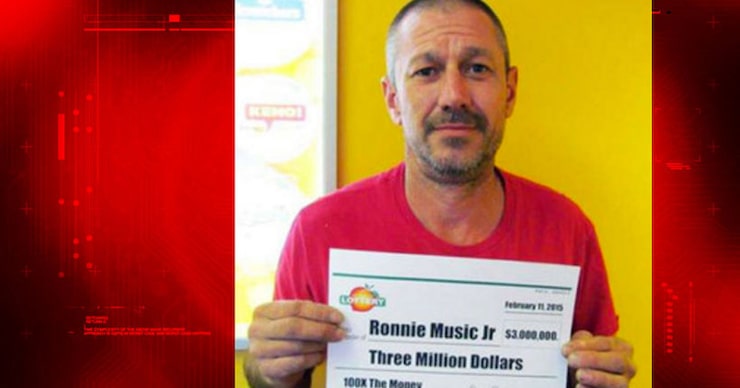 BRUNSWICK, Ga. -- (WKMG) -- A Waycross, Georgia man who won $3 million in a scratch-off lottery game last year invested his winnings in a crystal meth trafficking ring, according to federal prosecutors.

“Music decided to test his luck by sinking millions of dollars of lottery winnings into the purchase and sale of crystal meth,” U.S. Attorney Ed Tarver said. “As a result of his unsound investment strategy, Music now faces decades in a federal prison.”

According to evidence presented at his plea hearing, Music conspired with others to traffic methamphetamine in Ware County, Georgia, and elsewhere.

In September 2015, Music's co-conspirators were caught attempting to sell about 11 pounds of crystal meth, with a street value over $500,000.

Music was identified as a source of supply for the meth, which he had purchased for resale with his lottery winnings from 2015.

The investigation further revealed that Music purchased the methamphetamine for resale with his own lottery winnings.

Investigating agents seized over $1 million worth of methamphetamine, a large cache of firearms, thousands of rounds of ammunition, multiple vehicles and over $600,000 in cash during the investigation.

Music faces a maximum possible sentence of life in prison.