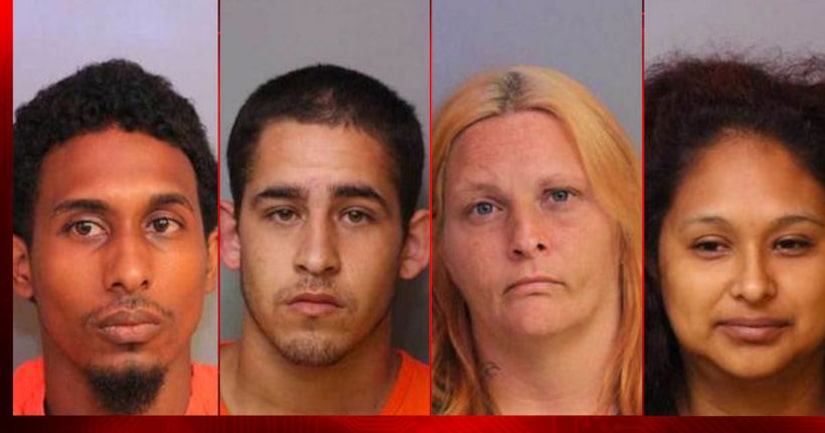 Eduardo Vazquez, 22, William Torres-Morales, 22, Elizabeth Tarvin, 33, and Veronica Sanchez, 32, two sets of couples who live together, were all arrested on charges including aggravated child abuse, negligent child abuse and failure to report child abuse, among others.

The investigation was sparked by a Department of Children and Families referral on child abuse allegations that nine children between the ages of 7 to 13 were being disciplined by their guardians with a handheld stun gun.

Deputies said Torres originally said that the children had gotten their hands on the stun gun and were shocking each other, but then he told deputies he had lied and that he and Vasquez were using the stun gun on the children.

Torres said he and Vasquez made all the male children do pushups and every time one of the children couldn't do one, they would use the stun gun on the child, according to a news release.

Deputies said the gun left bruises and burn marks on the victims.

According to the release, Tarvin and Sanchez knew the men were using the stun gun on the children. They were charged with negligent child abuse.

All the suspects were arrested and transported to the Polk County Jail.