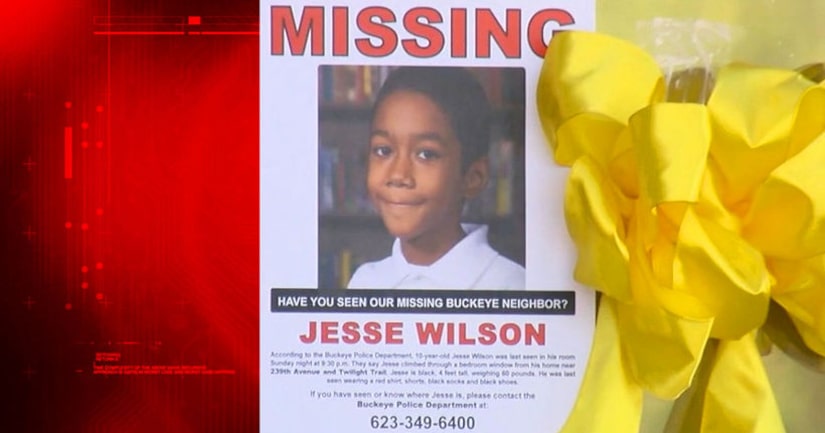 BUCKEYE, Ariz. -- (KNXV) -- The search for a missing 10-year-old continued for its fourth day Thursday. Police used drones to get a bird's eye view, helping to make sure nothing was missed by those searching on the ground.

Jesse Wilson was reported missing by his mother on June 18 at 1:41 a.m.

She sounded cool, calm and collected while on the phone, repeatedly telling dispatch that he has run away before.

For some reason, Wilson reached out to police by calling the Buckeye Police Department's general number.

"Why didn't she call 911? That's the first thing a parent would do is call 911," said Sharlotte Cooper, who volunteered to search for Jesse.

Cooper has been involved with the search to bring Jesse home, but she has her doubts about the circumstances of his disappearance.

"I question the whole story. And I would be out and searching for the kids," said Cooper.

She didn't even want police to release his picture to help find him, a fact that angers Cooper, who is also mother to a 10-year-old.

But as the search goes into day 5 -- including aerial efforts toward a nearby mountain range -- Cooper is praying for a miracle.

"I'm hoping I'll find him. But it's been too long," said Cooper.

Buckeye police say they are not ruling out foul play.

If you have any information on Jesse's location call Buckeye PD.