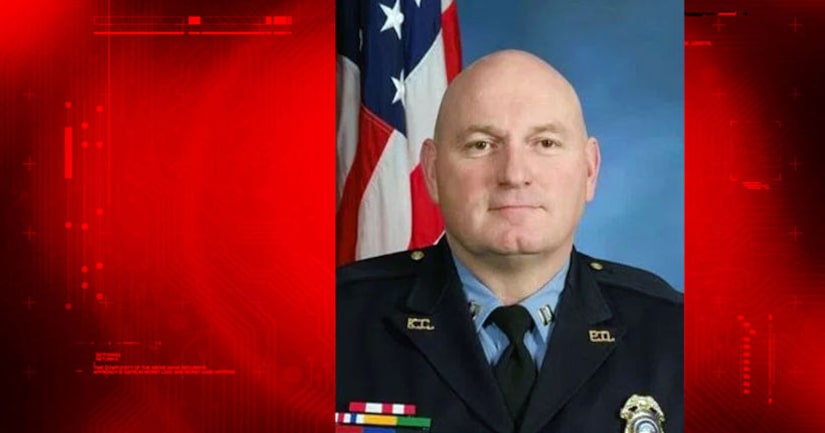 KANSAS CITY, Kan. -- (WDAF) -- A Kansas City, Kan., police captain was shot and killed Tuesday while responding to a call about armed suspects fleeing from police.

Cpt. Dave Melton, 46, had been on the KCK Police force for nearly 17 years. He was promoted to captain in May 2015. Before Kansas City, Kan., he worked for the Wyandotte County Sheriff's office. He was also a member of the Kansas National Guard.

At 2:02 p.m., Terry Zeigler, Kansas City, Kan., police chief chief, tweeted that an officer had been shot and encouraged people to "start prayers."

Zeigler says it began with a drive-by shooting on First Street. When officers responded, the suspects fled in a vehicle to 22nd and Haskell.

"As Cpt. Melton was arriving, the suspects bailed from the vehicle and opened fire, striking Cpt. Melton and fatally wounding him," Zeigler said.

Two of the suspects have been arrested. Police say they are looking for a third suspect and possibly a fourth.

At an earlier news conference, FOX 4's Katie Banks asked Tom Tomasic, police spokesman, whether the officer was alone or with a partner. Many police departments around the nation decided officers should always be in pairs following the ambushes in Dallas and Baton Rouge.

"He was alone at the time. I don't want to go into details why. We don't know the situation yet. People need to be notified before I start giving out any details on that," Tomasic said.

When asked if police believe the shooting of this officer is related to prior attacks on officers, Tomasic said it was too early to know.

Tuesday afternoon, ATF officers were on scene at 2nd and Edgerton, where the initial disturbance was reported. 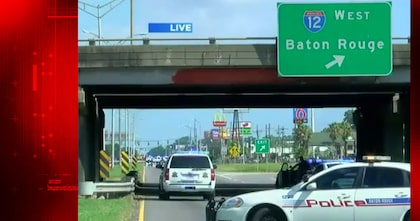