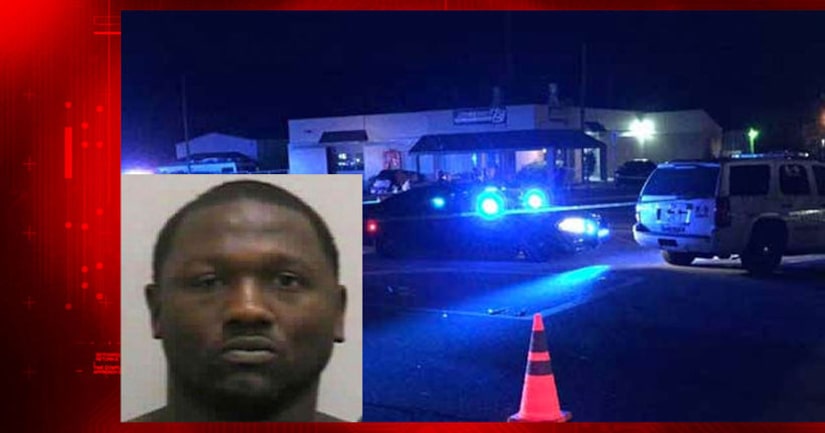 BARTOW COUNTY, Ga. -- (WGCL) -- The Cherokee County Sheriff's Department said a police chase ended on Highway 92 in Woodstock, and the suspect was running from them in a Bartow County sheriff's patrol car.

It began at about 7:30 p.m. Saturday when Bartow deputies answered a 911 call about a man breaking into cars near Acworth.

The G.B.I. said Lorenzo Taylor, 32, of Mississippi, was stopped by a deputy near the scene. Taylor was being interviewed, when the officer was temporarily distracted by an approaching witness. Taylor then jumped into the deputy's car and took off.

He was stopped near Dixie Drive by a Cobb County Police officer who joined the chase.

According to investigators, Taylor continued ramming police cars and driving in the direction of officers on foot, until police opened fire.

Once they got the doors of the patrol car open, police said Taylor took away one of the deputy's guns while they were arresting him.

He did not drop it until he was Tasered.

The suspect was taken to Kennestone Hospital. The G.B.I. said Taylor was shot twice.

One witness said he saw the chase pass by his front porch, and he couldn't believe his eyes when he saw one police car ramming another police car.

Another witness said he narrowly missed getting hit by the suspect on the road, who he originally thought was a real police officer with emergency lights were activated.