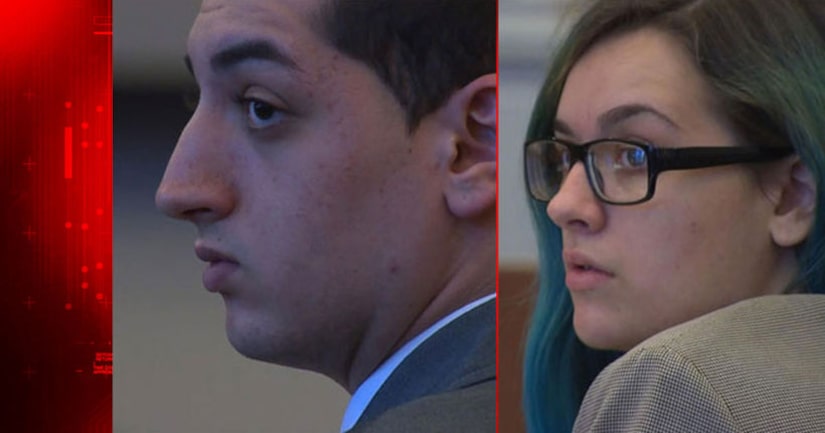 SALEM, Mass. -- (WBZ) -- The young woman who claims she was raped in an assault that was recorded and posted on Snapchat took the stand in the trial of her two alleged attackers Thursday.

The accuser, who was 16 years old at the time, recounted the day in September 2014 when she was allegedly raped in the woods behind Saugus Elementary School. She told the court she had taken prescription medication that was not hers and met up with the two defendants on trial, Rashad Deihim, now 21, and his co-defendant, 20-year-old Kailyn Bonia.

She also said she had “a big bottle of vodka” in her purse.

The meet-up then turned into a sexual encounter between the three. Defense attorneys for the accused say the encounter was consensual. Prosecutors say the alleged victim was too high and drunk to have consented to the act.

She was asked what her last memory was of that night. She told the court, “I remember KK [Kailyn Bonia] stroking my hair and trying to make out with me and I said, 'I know what you're doing.' And then I remember flashing lights, a baseball field and a camera.”

She also said she remembered waking up nude and confused.

A Snapchat follower and the follower's mother saw the video and called police.

A doctor who treated the accuser in the emergency room that day also testified Thursday, saying the teen had to be revived with Narcan twice.