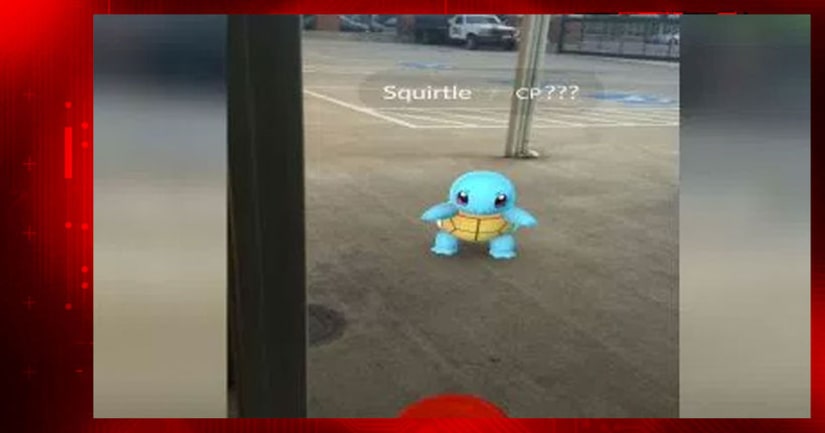 O'FALLON, Mo. -- (KTVI) -- A new smartphone game is challenging Pokémon fans to venture into the real world to “catch 'em all,” which is concerning to O'Fallon police. They are are warning people playing Pokémon Go to use caution. Police say criminals are using the app to lure players in St. Louis to an isolated location and then rob them.

O'Fallon police say robbers targeted someone early Sunday morning. The victim, a pedestrian nearby on Feise Road, described four occupants of a black BMW. A 911 call was placed at the Circle K at Highway K and Feise Road.

Police saw a BMW going southbound on Highway K, leaving the area of the robbery. The officer stopped the BMW at around 2 a.m. Sunday on the CVS lot at Routes K and N, where an occupant tried to throw a handgun from the vehicle. The four suspects have been identified, and taken into custody. Their ages range from 16-18 years old.

O'Fallon Police say there have been similar armed robberies in St. Louis City, County, and St. Charles County, Mo., over the last couple of days. A similar vehicle was described by other victims. According to Gizmodo, about eight or nine people have been robbed by four men over the past couple of days,

Police say the robbers got the victims to a location by setting up a beacon to a Pokéstop to lure more players. They were using the app to locate people standing in the middle of parking lots and other isolated locations.

Pokémon GO users are also being targeted around the world. The app uses augmented reality to place creatures and items in real locations, including the Eiffel Tower, Shinjuku Station, and… Darwin Police Station in Australia.

In a Facebook post, the Australian Police, Fire and Emergency Services asks players not to go hunting inside the station, saying that they merely need to be close to the building to collect their goodies.

As you walk through the world, Pokémon GO uses your phone's GPS to alert you when you're close to a creature. When you turn on the camera, the Pokémon appears overlaid on whatever your phone sees, and players can flick Pokéballs with their fingers to capture them.

Others are worried about the game bringing them to dangerous places. The game includes a warning asking people to be aware of their surroundings, while Australian police asked players to look up from their phones when they cross the street.

The game is a cooperation between Niantic, Inc., Nintendo, and The Pokémon Company.