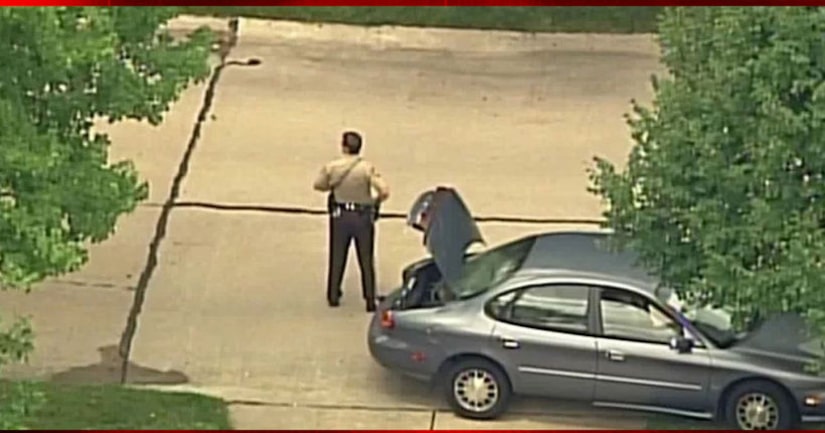 BALLWIN, Mo. -- (KTVI) -- Authorities are investigating after a police officer was shot during a traffic stop Friday morning in west St. Louis County. It happened shortly around 11 a.m. near the 300 block of New Ballwin Road, near Old Ballwin Road. According to our partners at the St. Louis Post-Dispatch, the wound was in the neck.

The officer, who works for the Ballwin Police Department, was transported to a local hospital for treatment. His condition is unknown at this time.

Sources tell the Post that the officer was shot at least once from behind and there were at least three shots fired at him. The suspect fled the scene before leaving his car abandoned at Westridge Manor Estates.

He was apprehended after a foot pursuit in the 800 block of Burgundy Drive. St. Louis County officials say a weapon was recovered.

Police say he is a tall, thin African-American male who was wearing a gray tee-shirt and blue jeans. He was allegedly driving a blue Ford Taurus with Illinois temporary tags during the time of the shooting.

The City of Ballwin has a population of nearly 30,000. It is located in west St. Louis County, along Manchester Road west of Highway 141.