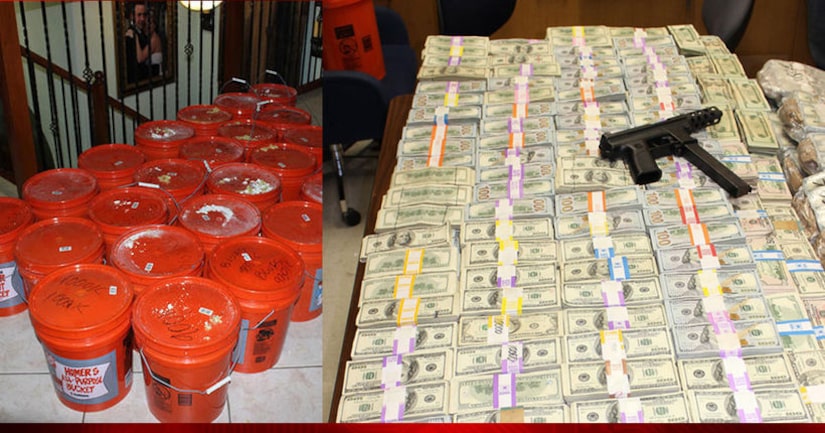 By Jason Parker via WPTV

MIAMI -- (WPTV) -- Police made quite the discovery when raiding a home in Miami Lakes on Tuesday: over $24 million from a suspected marijuana trafficker, the largest money seizure in the department's history.

Authorities found the money stuffed in dozens of five-gallon buckets located in a hidden attic compartment inside the home, located off NW 169th Terrace and 77th Path.

Luis Hernandez-Gonzalez, 44, was taken into custody on several drug and firearms charges stemming from an investigation by the Miami-Dade police and the Drug Enforcement Agency. His sister, Salma Hernandez, 32, was also arrested.

Police said Hernandez-Gonzalez, who runs The Blossom Experience store in Miami-Dade, was involved in trafficking marijuana to Tennessee along with two other men. He had been the target of an investigation dating back to 2010, speaking with informants about the drug trade, according to police.

Hernandez-Gonzalez, who is due in court Wednesday, was recorded on various phone calls giving advice on how to care for the plants. After his arrest, Hernandez-Gonzalez allegedly admitted to helping customers grow the drug.

Authorities said Salma Hernandez works at the shop with her brother.

Information on attorneys for the two was not immediately available.