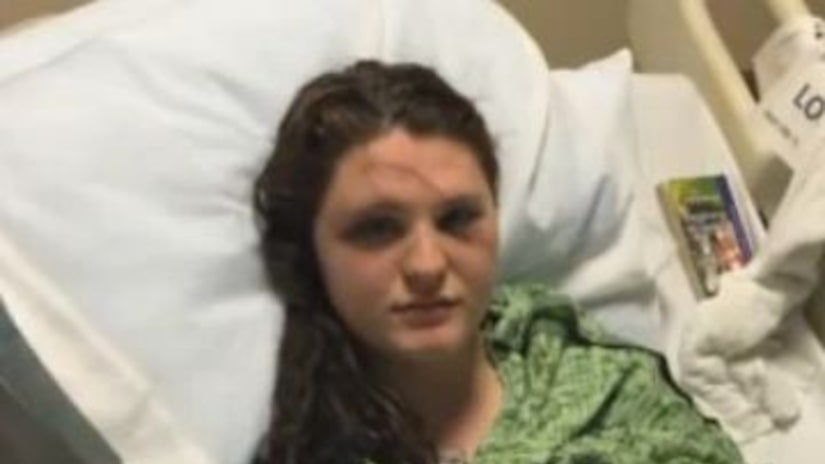 INDEPENDENCE, Mo. -- (WPIX) -- A Missouri mother is furious after a group of customers attacked her pregnant daughter while the teen worked the drive-thru at Wendy's.

The assault happened at a Wendy's on 40 Highway near Blue Ridge Cutoff at about 3 p.m. on Sunday, according to police.

Heather Salcedo, 19-year-old Victoria Repine's mother, told WDAF three people dragged her daughter through the drive-thru window and beat her severely — allegedly over a couple of straws. Salcedo said two women and a man attacked her daughter in broad daylight:

“One of the girls had gotten out of the vehicle and was standing at the window with her arms crossed, and she said, 'You forgot to give us our straws.' "(My daughter) said, 'Ma'am they're in your sack,'” Salcedo said. “Before she could get those words completely out, the girl was pulling her out of the window, and another girl was beating her up.”