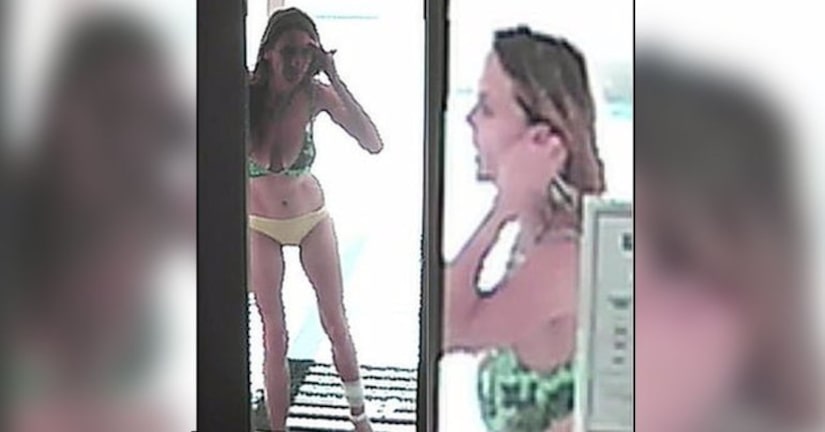 SANTA CLARITA, Calif. -- (KSWB) -- A woman wearing a bikini who appeared to be seeking relief from the heat is now being sought by authorities.

The Los Angeles County Sheriff's Department announced Tuesday that they were looking for a woman who wore a two-piece bathing suit while breaking into a locked property in Lancaster weeks ago. The unidentified woman went into the property in the 28000 block of West Avenue C-6 on June 4.

In both cases, the woman stole belongings, deputies said.

Surveillance pictures of the “bikini bandit” show her wearing a green top and yellow bottoms. She is believed to be in her 30s, 5 feet, 5 inches tall with long brown hair.