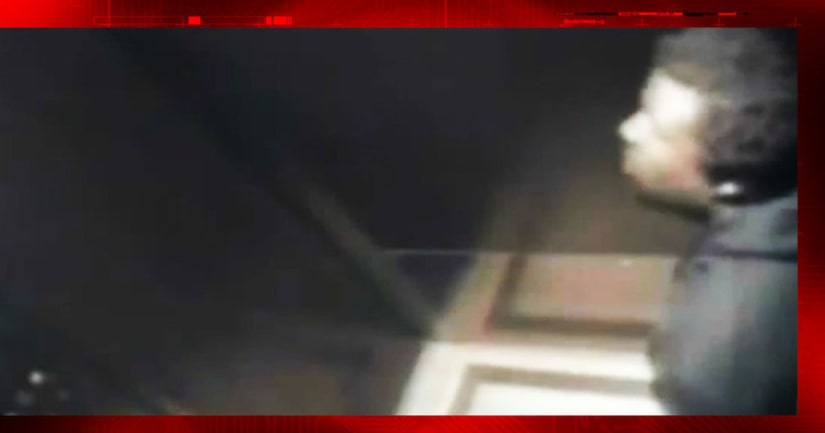 LOS ANGELES -- (KTLA) -- Police are looking for a man who apparently randomly targeted an 80-year-old woman, attempting to sexually assault her and leaving her severely beaten in her apartment in Hollywood, LAPD announced Wednesday.

The assailant, who was captured on two surveillance video cameras in the complex, took the elevator to the upper floors of the building and knocked on the victim's door.

He had buzzed at the front door of the secure building until someone let him in around 4 a.m., police said.

She opened the door and he pushed his way inside. He tried to sexually assault her and beat her severely, but she was able to fight him off, police said.

She was able to get help from a neighbor, who called police.

Paramedics took the woman to a hospital, where she was in critical condition and sedated due to her injuries. Police have not been able to interview her significantly because of her condition.

The assault occurred in a retirement community building in a heavily populated area of Hollywood. Residents at the building said mostly Russian-speaking people live there.

The assailant is described by LAPD as a black man between age 25 to 30, with black hair and brown eyes, 6 feet tall, 220 pounds. The video showed him wearing a black hooded “Penn State” sweatshirt, baggie black jeans and black shoes.

Anyone with information is asked to call Detective Sharlene Johnson at 213-486-6910. Anonymous tipsters may call Crime Stoppers at 800-222-TIPS.