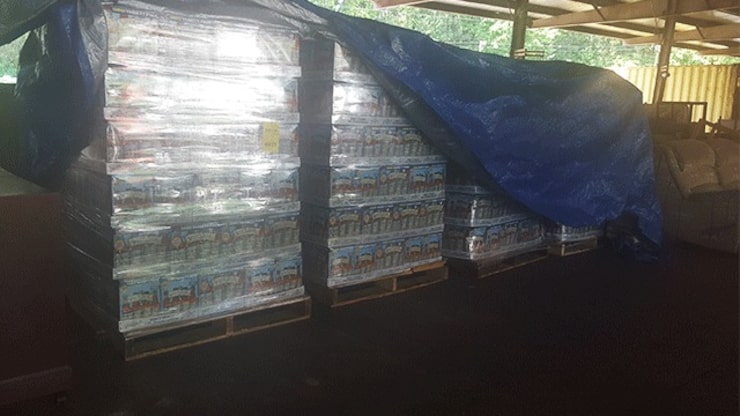 ATLANTA -- (WGCL) -- Sweetwater Brewing Company says more than 68,000 bottles of beer have gone missing after trailers were stolen from outside their brewery in Atlanta.

The company is hopeful that diligent beer drinkers will help them locate the beer bandits by keeping an eye out for some telltale signs: They said the stolen beers were in unsorted variety packs dated 9/20 and 9/21. They also said 24-bottle Summer Variety Cases shouldn't be sold anywhere except Costco.

They also said retailers should look out for people other than their regular distributor attempting to sell them beer.

Sweetwater said the theft took place early this morning, when the trailers were left outside their brewery for pickup to be repackaged. GPS technology helped them locate them but they were too late — the thieves had made off with 3,300 cases of beer.