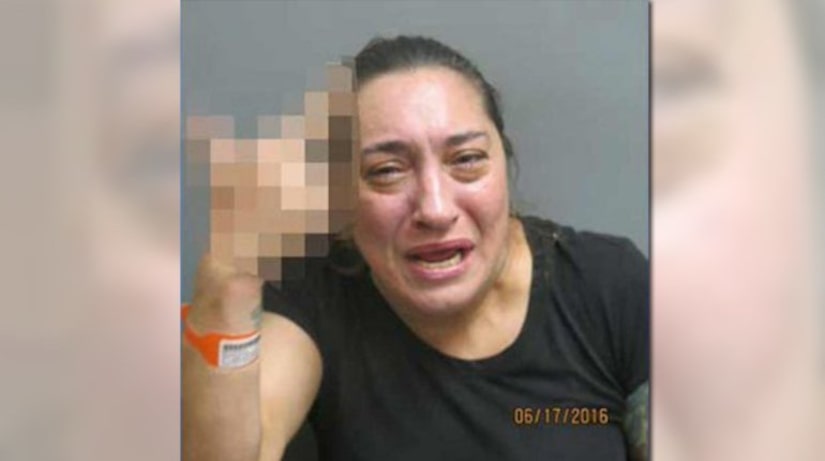 Hazel Rojas, 44, was pulled over after police said her 2003 Land Rover failed to go through a green light, then was seen driving below the speed limit and weaving just before 3:30 a.m.

After failing a field sobriety test, police said Rojas denied drinking and told officers she smelled of alcohol because some had spilled on her clothes at work.