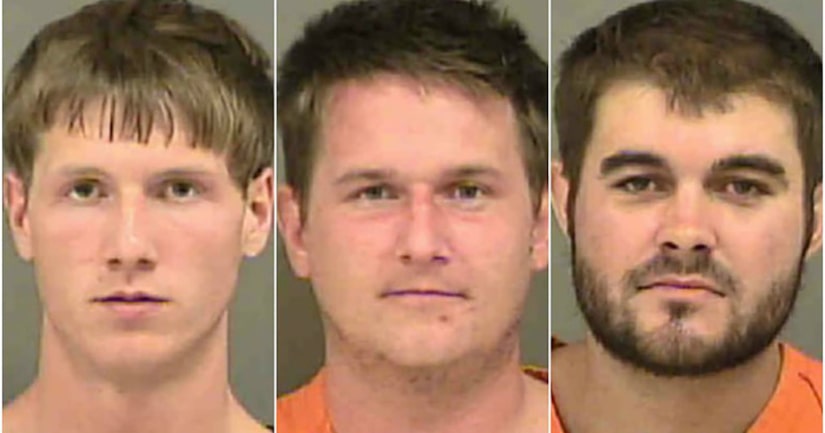 CHARLOTTE, N.C. -- (WSOC) -- Three people have been arrested in connection with an assault on former NASCAR Sprint Cup driver Mike Wallace and his daughter after a Rascal Flatts concert Friday night in Charlotte, according to the Charlotte-Mecklenburg Police Department.

Wallace told Eyewitness News that he was in the parking lot and said the question that prompted the attack was, “How did you like the show?” According to Wallace, a group of people started screaming at him and then beat him up after he asked that question.

Wallace was at the show with his family and his daughter tried to help him, but she said the group then turned on her.

The 57-year-old said he suffered a concussion. His daughter was also rushed to the hospital after she tried to protect her father.

Wallace received 12 stitches and lost three teeth in the fight, but told Channel 9 his greater concern was for his daughter.

“I woke up. I see my daughter laying on the ground, which is devastating for a father,” he said. “I mean, that's the worst thing in the world.”

“We were told on site that CMPD at the PNC Theater, that they've dealt with this group on two or three separate occasions so far this concert season,” Wallace said. “The people this happened with are actual contractors with PNC. They're maintenance crews. Their company provides maintenance and yard landscaping services from what we're told.”

Three men were arrested in the assault, which happened at the PNC Music Pavilion: Paul Lucas, 29, Nathan Lucas, 22, of Indian Trail and Randolph Mangum, 24, of Monroe.

A witness to the fight told Channel 9 there are no victims, and that the Wallace family started the fight.

"Kenny Wallace has used a public platform to blow this thing up and destroy a family," that witness, who did not want to be identified, said.

None of the suspects have commented on the case.

The eldest brother of the Wallace racing family, which includes Rusty Wallace and Kenny Wallace, Mike Wallace had 197 starts in his Sprint Cup career, his last coming in the 2015 Daytona 500. He has competed in 17 Cup races in the past 10 years. His last full NASCAR season was in 2013 when he competed in the Xfinity Series, where he has four career wins in 494 starts.