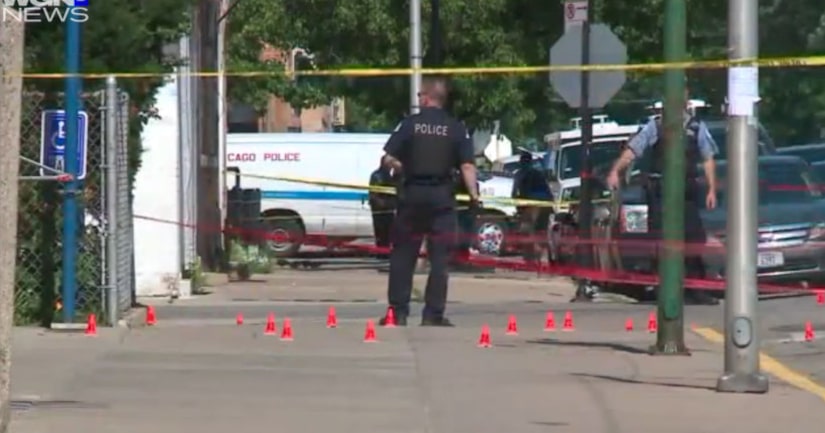 CHICAGO -- (WGN) -- Thirteen people were killed and at least 42 others were wounded in shootings across Chicago during the weekend.

Among the victims was 3-year-old Devon Quinn who was sitting in his car seat in the city's Woodlawn neighborhood.

The boy was shot in the right shoulder just after 6 p.m. near the corner of East 61st Street and South Kimbark Avenue. He and was taken to Comer Children's Hospital in critical condition.

In the Back of the Yards neighborhood, a 17-year-old boy was killed. Friends identify him as Salvador Suarez.

So far this year, about 1,780 people have been shot across the city, according to records kept by the Chicago Tribune.