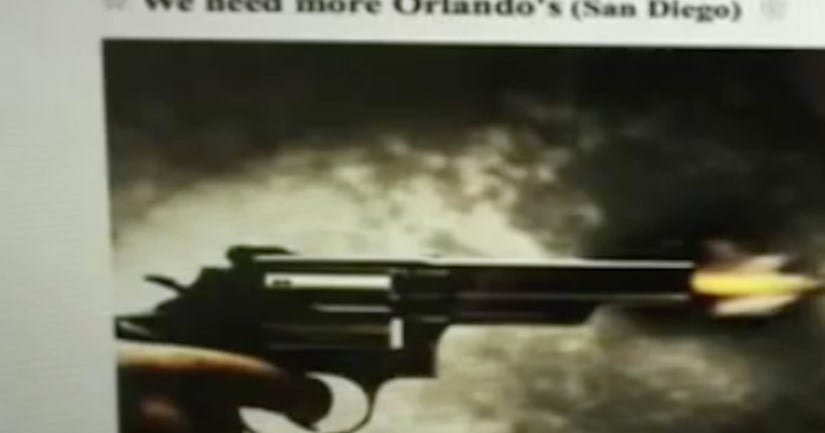 SAN DIEGO, Calif. -- (KTLA) -- San Diego police are investigating an ominous post reported on Craigslist that referred to the massacre at a gay nightclub in Orlando, Fla., and warned that “San Diego you are next.”

KGTV-TV reported Tuesday night that a viewer had brought the item, posted in the “men seeking men” section of the free ad website, to the station's attention.

The post, which has since been removed, featured a photo a handgun firing a bullet with the title “We need more Orlando's [sic]”.

FULL STORY: 'San Diego You Are Next' Says Craigslist Post Being Investigated by Police - KTLA