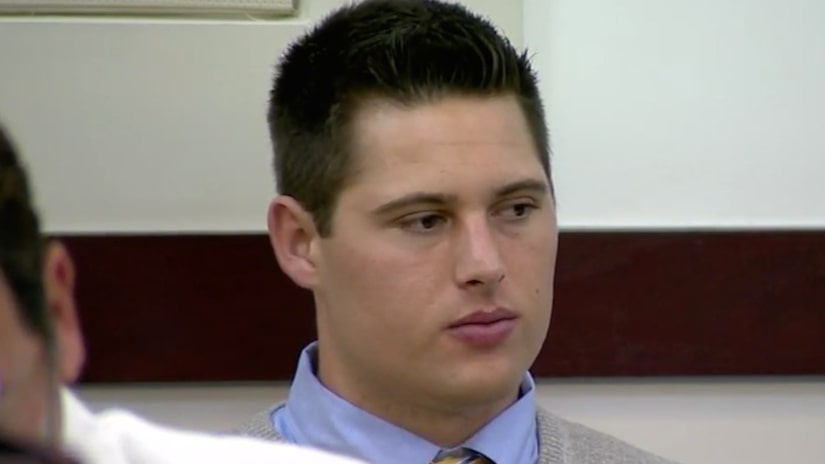 The former football player is one of four men accused of raping his former girlfriend in a dorm room in 2013.

On Wednesday jurors heard and saw a taped conversation with police in which Vandenburg admitted to taking photographs of the rape and doing nothing to stop it.

A crime scene investigator describes what she found in a Gillette Hall dorm room in June of 2013.