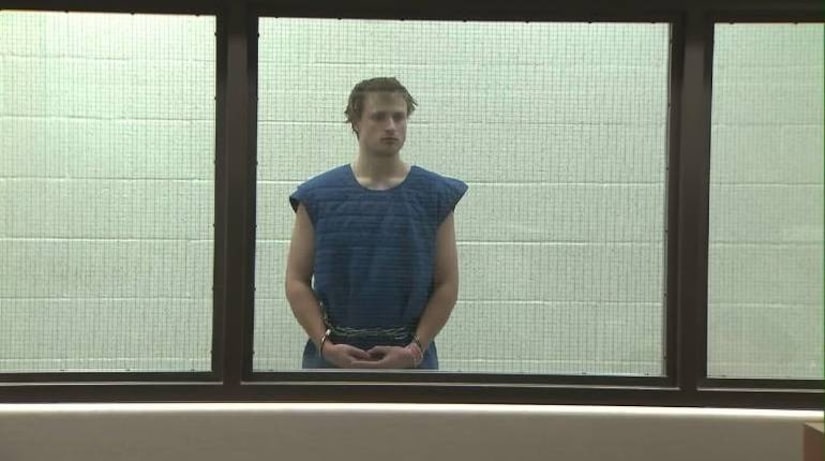 LOS ANGELES -- (KTLA) -- The Indiana man suspected of bringing an arsenal of rifles and explosives to Santa Monica, apparently with the intent of going to L.A. Pride, has been charged with molesting a 12-year-old girl in his home state.

The charges against James Wesley Howell, 20, were filed in Clark County, Indiana — just north of Louisville, Kentucky — on Wednesday, a day after Howell was charged in California.

The Indiana charging document alleges Howell performed or submitted to sexual intercourse or sexual conduct with a 12-year-old on May 31 in Clark County. He was charged with felony child molesting.

The girl's mother called authorities after being told that her daughter allegedly had sex with Howell in his car in a state forest when he was driving the child to her grandmother's house, according to a court narrative written by a Clark County Sheriff's Office detective.

The girl's brother is in a car club with Howell, according to the document. Howell told the brother's girlfriend that he wanted to marry the 12-year-old girl, the detective said.

The girlfriend said “Howell told her he was a 'sociopath with an automatic' and that he would take out anybody, including the cops, if they tried to come to his house and arrest him,” the detective wrote.

Howell was told of the allegations against him on Monday, June 6.

He was arrested about 5 a.m. Sunday, June 12, in his vehicle in Santa Monica, a few hours after 49 people were killed by a gunman at a gay nightclub in Orlando, Florida. Police said he told officers he wanted to go to the annual L.A. Pride event in West Hollywood, raising concern that he planned to do harm there.

In a court document, a detective said Howell had a three-fifths-full 25-pound container of an explosive called Shoc-Shot, along with three rifles, one of which was loaded with a 30-round magazine.

In addition to the rifles, gasoline and Shoc-Shot, Howell allegedly had a Taser, handcuffs, a buck knife, a security badge, a black hood, more ammunition, according to the detective's statement.

A Santa Monica police detective said — in a court document — that Howell told investigators he had come to California out of concern over pending charges in Indiana.

Howell in April was convicted of intimidation in Clark County and ordered to forfeit all firearms.

At Airport Courthouse on Tuesday, Howell pleaded not guilty to one felony count each of unlawful possession of an assault weapon, possession of a destructive device on a public street, manufacturing or importing large magazine and carrying a loaded firearm in a vehicle.

He faces nine years, eight months if convicted on the California state charges. The FBI is continuing to investigate Howell; no federal charges have been filed yet.

His bail was increased to $2 million after the prosecutor said he was a flight risk. 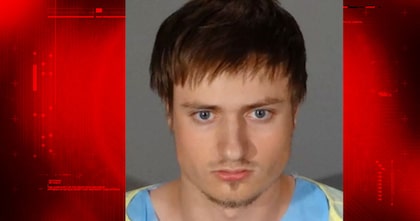