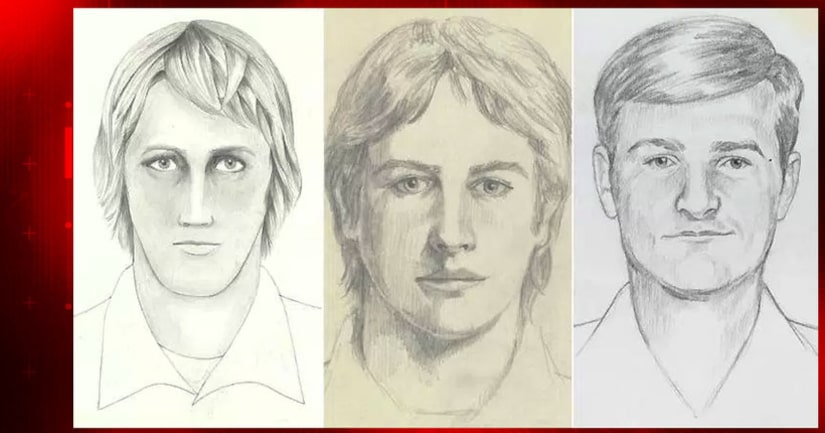 LOS ANGELES -- (KTLA) -- He went into homes while his victims slept. He shined a flash light on their faces, tied up both men and women, ransacked their homes and raped the female victims.

He often took small items from homes, including coins and jewelry.

Some victims reported receiving calls from the suspect after he had left.

The crimes began in 1976 in east Sacramento and the unknown assailant terrorized people in the Bay Area before moving south.

Now, 40 years after his first known crime, the FBI is asking for the public's help in identifying the man who they believe is responsible for more than 175 crimes, including 45 rapes and 12 homicides, in multiple California counties.

Sacramento authorities named him the East Area Rapist and he was also known as the Golden State Killer and the Original Night Stalker.

During a press conference in Sacramento on Wednesday, the FBI announced a $50,000 reward for information leading to an arrest of the suspect.

The man, believed to be between 60 and 75 years old now, has been linked to four homicides and two attempted homicides in Santa Barbara County, as well as two homicides each in Ventura, Orange County and Irvine.

The victims ranged from 13 to 41 years old and included women home alone, woman at home with their children, and couples.

The last known crime tied to the man occurred in 1986, when an 18-year-old woman was raped and killed in Irvine.

Anyone with information about the man can call 1-800-CALL-FBI, or submit information to the FBI's online tip line at tips.fbi.gov.