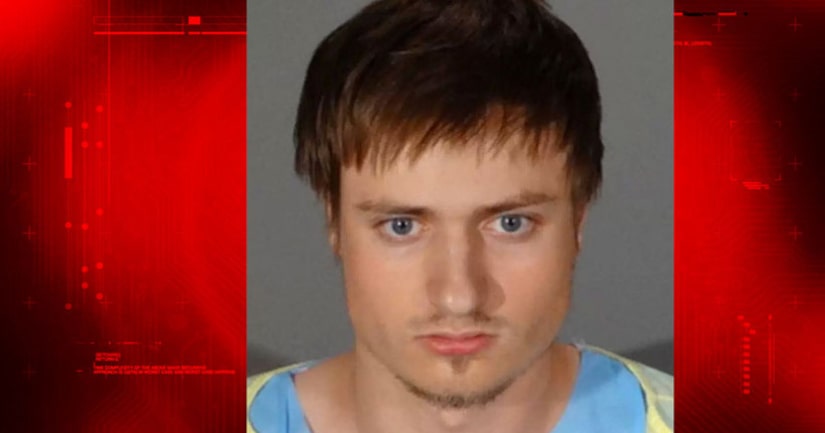 James Wesley Howell was expected to appear for arraignment in the Airport Courthouse in Del Aire Tuesday afternoon.

When he was taken into custody after knocking on a Santa Monica resident's door and windows early Sunday, he told investigators he was head to L.A. Pride in West Hollywood, police said. The incident occurred just hours after a mass shooting at a gay nightclub in Orlando left 49 victims dead, raising further alarm about Howell's intentions.

He was charged with one felony count each of unlawful possession of an assault weapon, possession of a destructive device on a public street, manufacturing or importing large magazine and carrying a loaded firearm in a vehicle, the Los Angeles County District Attorney's Office announced.

Santa Monica police said officers found Howell in his vehicle, which had Indiana plates, in the 1700 block of 11th Street, near Olympic Boulevard. In the car, they discovered three assault rifles, high-capacity magazines, ammunition and a 5-gallon bucket “with chemicals capable of forming an improvised explosive device,” a police news release stated Sunday.

The FBI served a federal search warrant on Howell's home in Clark County on Monday evening, a spokeswoman for the FBI's Los Angeles Field Office said. Television stations in Louisville, Kentucky, reported that Howell's parents home in Jeffersonville was searched.

The FBI is working with the Santa Monica Police Department on the case.

He has not been charged with any federal crime, but the FBI spokeswoman said the investigation was continuing.

County prosecutors planned to ask that Howells bail be raised from $500,000 to $2 million.

Howell in April had pleaded guilty to an intimidation charge in Clark County, Indiana, and under the terms of his probation, he was required to forfeit any weapons. A motion to revoke his probation was filed in Indiana court Monday.

Howell is also under investigation as a suspect in an alleged sexual assault in Clark County, the Clark County Sheriff's Office confirmed Tuesday. The office said it was cooperating with the FBI.

The alleged assault occurred May 31. No details were being released.