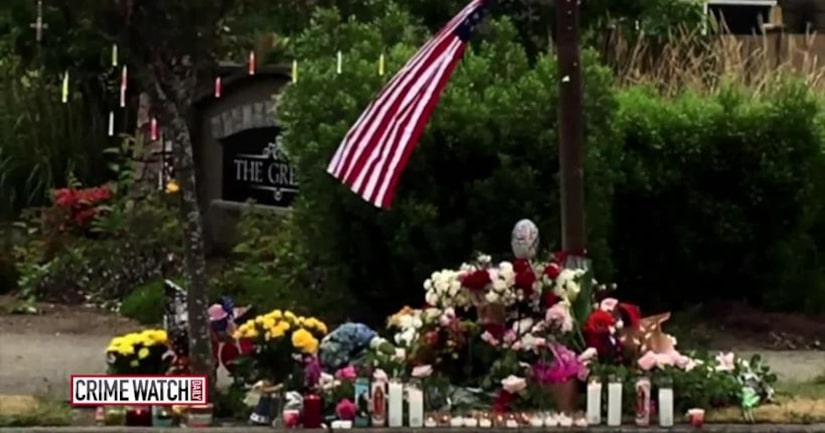 The killer emerges from the shadows of a Northwest forest, picking off his victims one by one.

Three mysterious killings with no apparent motive. Now the question in the Seattle suburb of Federal Way: Is a serial killer on the loose?

Cops say the victims had no apparent connections to one another, making the investigation more difficult.

Alex Kelley was gunned down right outside his apartment. Frank Cohens Jr. was found shot dead in a vehicle. Adam Gutierrez was shot to death on a walking trail.

Adam's heartbroken wife Marianne spoke to David Rose from Seattle affiliate KCPQ. Adam was a Navy veteran and a huge baseball fan. He even proposed at a Seattle Mariners game. They even got matching wedding ring tattoos. He was just over a year away from getting his degree in electrical engineering when he was murdered.

Adam took their dog Luna out for a walk and never returned. When Adam didn't come home, Marianne got worried, so she tracked his phone using GPS and it brought her to a location a couple miles from her home.

"I went up to an officer and explained that I thought my husband lost his phone and I was looking for him, and the officer said 'Are you Mrs. Gutierrez,' and I knew something was wrong," said Marianne.

Adam Gutierrez was dead of a gunshot wound. Luna had vanished.

"I'm assuming she got scared by the sound of the gunshot and she ran away," said Marianne. Luna did eventually come home.

The killings have shaken the close-knit community to the core.

Now Marianne is fighting back the only way she knows how. Marianne is a sign-language interpreter, and put together a heart-wrenching video paying tribute to her husband and warning the hearing-impaired community there's a killer out there.

Marianne says she wants the killer or killers found, and brought to justice.

If you know anything about these three shootings, you can submit a tip to Crime Watch Daily.