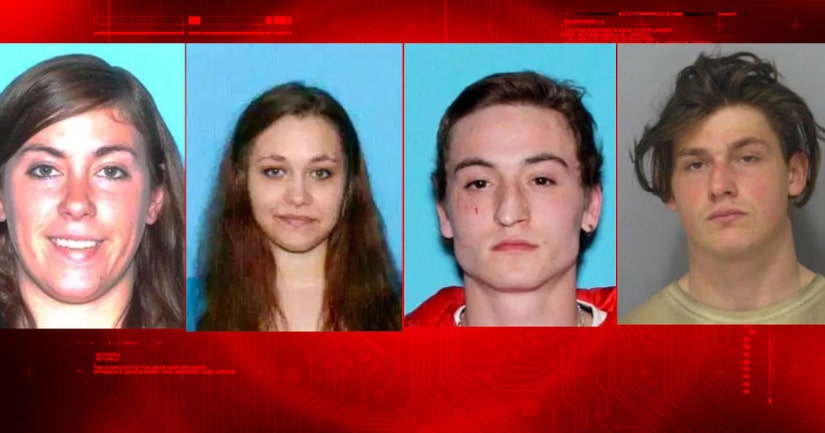 SAN DIEGO -- (KSWB) -- Four suspects in the death of a transgender man in Vermont last month were in a San Diego jail, awaiting extradition.

Erik Averill, 21, Jordan Nathaniel Paul, 21, Myia Barber, 23, and Allison Elizabeth Gee, 24, were arrested around 7 p.m. Thursday in the vicinity of the 5100 block of Voltaire Street in Ocean Beach for their alleged roles in the fatal assault on Amos Beede, according to police in San Diego and Burlington, Vermont. All four were wanted on second degree murder warrants.

The 38-year-old victim was beaten at a homeless encampment May 22. He was taken to a hospital to be treated for head trauma, facial fractures, a subdural hematoma and broken ribs, and died Sunday from "complications from blunt force trauma to his brain," according to a statement from the Burlington Police Department.

Averill and Barber, both transients, were initially named "persons of interest in the case" and arrest warrants were later issued for them, Paul and Gee.

"Burlington Police detectives have developed probable cause to believe that four individuals, two men and two women, acted in concert to assault Amos Beede on May 22nd, 2016, resulting in his death on May 29th," according to the Burlington Police Department statement.