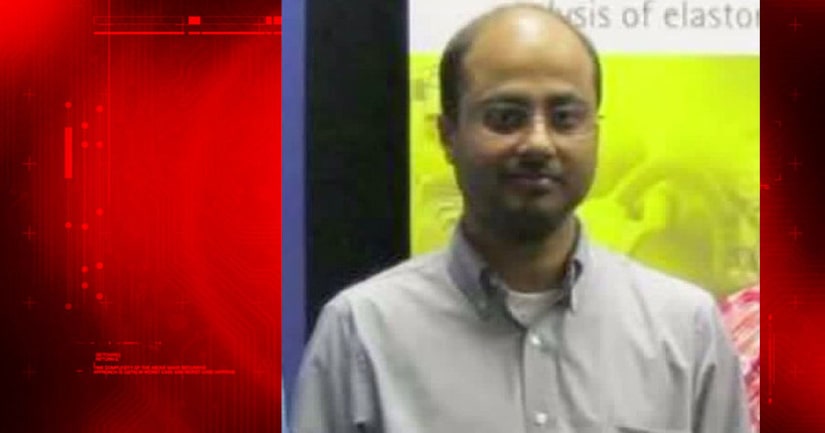 UPDATE 4 p.m. PT: The woman found dead following the discovery of an alleged "kill list" at the UCLA shooting suspect's home in Minnesota has been identified as the man's wife, according to a local television station, KTLA reports. Ashley Hasti's body was located more than 12 hours after Mainak Sarkar allegedly fatally shot UCLA Professor William Klug on the university's Westwood campus before turning the gun on himself Wednesday.

LOS ANGELES -- (KTLA) -- The man suspected in an apparent murder-suicide on the UCLA campus had a “kill list,” and a second victim named on that list has been found dead in Minnesota, Los Angeles Police Department Charlie Beck revealed to KTLA on Thursday.

Mainak Sarkar, a resident of Minnesota, is believed to have fatally shot UCLA Professor William Klug on the university's Westwood campus before turning the gun on himself Wednesday, according to LAPD.

Based on a note found at the crime scene, authorities performed a follow-up investigation at the former UCLA Ph.D student's residence in Minnesota, where they found an alleged hit list with multiple names on it, Beck said during an interview on the KTLA Morning Show.

“Professor Klug's name was on that list, as was another UCLA professor who was alright,” Beck said.

He declined to give the professor's name.

A female's name was also on the list, prompting investigators to go to her home in a nearby town in Minnesota. The unidentified victim was found deceased by apparent gunshot wounds at the residence, Beck said.

It was unclear when she had been killed, according to the Brooklyn Park Police Department in Minnesota, which was also investigating the case.

“Early indications are the shooting occurred prior to the UCLA event,” a Brooklyn Park police news release stated.

Authorities have not stated what relationship the deceased female had with Sarkar, who is a suspect in that case as well, Beck said.

Sarkar, who graduated from UCLA in 2013, recently drove from Minnesota to the Los Angeles area with two handguns, multiple round of ammunition and several magazines in a backpack, according to the LAPD chief.

The weapons are believed to have been purchased legally in Minnesota.

Police are still searching for the vehicle that Sarkar drove to California, and have asked for the public's help locating it.

It is described by Beck as a 2003 gray Nissan Sentra, with Minnesota license plate No. 720KTW.

He added that investigators do not believe there are any outstanding suspects in the case.

The police chief also released information about a possible motive in the UCLA shooting, saying it was tied to a “dispute over intellectual property where Sarkar felt that he had information released by the professor that harmed him.”

UCLA has denied that claim, calling it “the workings of his imagination,” Beck added.

The chief also released new details about the note Sarkar left behind, which told authorities to go check on his cat at his Minnesota residence.

After obtaining a warrant and searching the suspect's home, police found the alleged kill list.