Bethany Decker, a young mother, vanished in Virginia in February 2011. Decker's family has long suspected Ronald Roldan had something to do with her disappearance. But he stopped working with police when he was charged with the attempted murder of another woman, Vickey Willoughby.

There's a huge new development from the courtroom.

Vickey Willoughby still lives in fear, betrayed by a system she thought would protect her after attempted murder charges in the shocking case against the former boyfriend who attacked her were dropped.

Mistakes and technicalities reportedly wiped out much of the mountain of evidence against Ronald Roldan, the man arrested for brutally beating and then shooting Willoughby three times. One bullet took out her right eye.

"He grabbed me at the top of my hair and just started pummeling me with his right fist," said Willoughby. "He immediately snapped my neck. I felt it and I heard it."

Severely injured, with a broken neck and a bullet still lodged in her head, Willoughby crawled to a neighbor's house for help. Roldan was arrested and charged with assault and attempted murder.

But the attempted murder charges were dropped.

"The search warrant was ruled to be too broad," said DailyMail.com Senior News Editor Candace Trunzo.

And now in a second stunning development, Roldan just took a plea deal, and with it, a sentence of only six to eight years in prison.

"I feel as though the state stands up more for the defendant than the victim," said Willoughby. "We need more severe punishment in accordance with the crime."

Some believe it's just another easy escape for the man investigators interviewed in the mysterious disappearance of young mother Bethany Anne Decker five years ago.

Bethany Decker was pregnant and having an affair with Roldan when she vanished from her Ashburn, Virginia apartment, leaving behind a 2-year-old son.

Before she disappeared, her mother says Bethany told her she was afraid of Roldan.

"He had threatened her with car keys that he would cut her open," said Bethany's mother, Kim Nelson. "When we said 'Just walk away from, whatever it is, just walk away,' and she's like, 'No, he'll never let it go.'"

There's still no physical evidence, no body and no clues leading to Bethany's whereabouts.

Police are left with only one avenue to pursue.

"Ronald Roldan is certainly a person of interest in this investigation," said Fiano.

"He does have a pattern of abusing his girlfriends. There's more than one that has been assaulted by him," said Loudoun County Detective Stephen Schochet.

Forcing Roldan to talk was Bethany's mother's last best hope to find out what happened to her daughter. Crime Watch Daily spoke with Kim Nelson shortly after Roldan was sentenced in Vickey Willoughby's case.

Six years: Is that adequate?

"No, I really think that it was attempted murder, and I'm sorry it was downgraded," said Nelson.

How would you describe Ronald Roldan?

"He's a violent person, a violent criminal," said Nelson. "I don't think he's shown any remorse for his actions. If he does get out and he's let loose he's already threatened her and her family. My family's been threatened also."

Ronald Roldan has never been charged in Bethany Decker's disappearance, but he will remain a person of interest for her mother.

"I honestly believe he does know what happened. I also think that family members of his know more to the story than they're sharing with police," said Nelson.

"I'm really hoping that the six years will be enough time for somebody who has information about Bethany's case to come forward. There may be others that we don't even know about who have been subject to this violence, and I'm really praying they will come forward so we can know the truth," said Nelson.

For Vickey Willoughby, the truth is still terrifying.

"My biggest fear if he gets out is him coming to get me, that the next time that he tries to kill me, he'll succeed," said Willoughby.

Willoughby says even if Roldan eventually gets deported back to his native Bolivia, she will never stop fighting for justice, and hoping no one else faces the same fate. 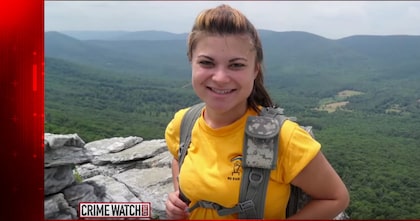 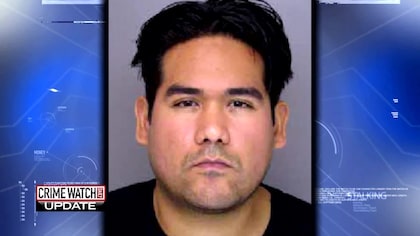