The Hollywood Reporter reports that barring any unexpected hurdles, acting coach Cameron Thor will be released from the Desert View Modified Community Correctional Facility, in Adelanto, California, at the end of June 2019, more than two years ahead of his originally scheduled 2021 discharge date.

On June 30, the day of Thor's scheduled release, Ladell will turn 24. Now 59, Thor is expected to return to his home, less than a mile from where Ladell still lives with her parents. A registered sex offender, he will be under supervised parole by the California Department of Corrections and Rehabilitation, required to wear an ankle bracelet with a GPS tracker to monitor his whereabouts and prohibited from entering a pre-established “zone” around Ladell's home.

A judge this week granted issued a temporary restraining order prohibiting Thor from coming within 100 yards of Ladell.

One California girl's story doesn't have a Hollywood dream ending. Instead her nightmare would end with her going undercover to catch her predator.

Cameron Diaz, Courteney Cox and Madonna were all clients of famed acting coach Cameron Thor. So was Jordyn Ladell.

Jordyn Ladell is the classic California girl from Malibu. Jordyn is just 13 years old when she's approached and offered acting lessons by a man known in Hollywood circles. His name is Cameron Thor, an actor in the mega-blockbuster hit Jurassic Park. Thor is also an acting coach to the celebrity elite.

The sweet, shy, innocent Jordyn is excited and grateful for the opportunity.

"I thought he was the most amazing person in the world," said Jordyn. "I looked up to him like a dad, because at that time my parents were having issues, we weren't all getting along the best, and me and my dad didn't have the best relationship back then, so he kind of took that role."

A father figure and acting coach -- but Cameron Thor had a different role in mind.

What happened the first time?

"He just put his hands on my leg, on my thigh, he rested his hand on my thighs and sat next to me, but I had never done an acting lesson so I just assumed that's how it went," said Jordyn.

Jordyn is a naive kid. The unsupervised lessons continue. She's 13. He's 49. Cameron Thor has an eye for talent and young girls.

"He locked the door, which was weird, and I was like 'That's not right,'" said Jordyn. "At the end, my mom was calling and I was standing here, and the door was behind him and he wouldn't let me leave, and he kept saying 'Your mom can't see me like this,' and then he hugged me, pressed his penis up against me and said 'You make me ----, I can't have your mom see me like this.' That's not what I get told on the regular at 13. So I was like, 'What do you mean?' I'm like, 'I have to go.' Finally he let me go."

Jordyn is scared and doesn't know what to do. Remember this is a man she trusted.

"I was 13, I couldn't even defend myself. I didn't know," said Jordyn. "How was I supposed to know that someone doing that to me was trying to hurt me? Or someone who cared about me and said they loved me and was a dad to me would hurt me like that? I didn't know that."

Not wanting to believe that her beloved acting coach and surrogate father is a monster, Jordyn agrees to another lesson. This time, Cameron Thor says he's taking her for a drive to Malibu.

"I knew the way to Malibu. I live here. I live over the canyon from the beach, and we did not go to the beach," said Jordyn. "He made a right turn and I was like 'Whoa, whoa, where are you going? This isn't the way to the beach.'"

Cameron pulls over on the side of the canyon road. The only thing he'll be teaching today is a hard life lesson.

"I had never even seen weed before," said Jordyn. "He put the pipe up to my mouth and told me to smoke it, and I just started coughing. I didn't know what to do. I wasn't doing it right so he smoked it, grabbed my face, grabbed me by the back of the hair and pulled my head to him and started kissing me and blowing smoke into my mouth in the front seat. Then told me to get in the back."

Once in the back seat, Jordyn claims Cameron undresses and sexually assaults her.

"He raped me. He took my life. He took me, he took my identity. He took my self-esteem, he took my self-worth, he took my virginity," said Jordyn. "He took control of anything that I could have had control for myself, that's supposed to be special for someone. I didn't get that. I still have little value in myself, and I try, and I've been to therapy and I've had help, and I tried, but -- There must have been something wrong with me."

Riddled with guilt, Jordyn stays quiet about the incident, not even telling her parents. Then the night terrors begin.

"I'd wake up screaming with a nightmare every night and have my parents standing over me telling me 'It's OK, it's OK,' and me waking up swearing, crying, freaking not, knowing what's going on," said Jordyn.

It's during a trip to the dentist that the ugly truth is revealed when Jordyn wakes up from anesthesia.

Going through marital problems at the time, Jordyn's parents are devastated they missed the signs.

"That's a tough one," said Dean Ladell. "Again I think frankly I view that as my own failure. Clearly there was a time when things weren't as good as they are now for our family structure, and perhaps I wasn't the representative father that I should've been for Jordyn, or I had failed her at some point, and that left that door open for her to desire a secondary father figure, and for that I can't ever forgive myself."

With her family back together now supporting her, Jordyn is able to break her silence and she goes straight to the Los Angeles County Sheriff's Department.

"She told us that she went to Cameron Thor's residence for an acting lesson, and after the acting lesson he drove her to a secluded area in Agoura Hills and he sexually assaulted her," said L.A. County Sheriff's Lt. Robert Peacock.

Jordyn will put her trauma and fear aside to help authorities catch the man who she claims sexually assaulted her. He was 49 and she was just 13 years old.

A recording of Cameron talking to Jordyn reveals sexually explicit comments he made to her.

Now 18, after five years of living with the terror of the attack, Jordyn Ladell is ready to help take this monster down.

"I thought it was my fault," said Jordyn. "It ruined me, it destroyed me. That part of me is dead. I can never get that back."

She is determined to keep it from happening to anyone else.

Jordyn agrees to go face-to-face with the man who stole her innocence for the very first time since the frightening encounter.

She writes, "Hey Cameron, it's Jordyn! I don't know if you'd remember me."

Cameron Thor immediately writes back, "I remember you kiddo. I would love to catch up."

The sting is set. Jordyn will meet Cameron at a coffee shop. She's justifiably terrified.

"That was one of the hardest things at the time that I'd had to do, having to go back and sit in a room with him," said Jordyn. "Who wants to go back and sit next to someone who took everything from you with their intent to want to do it again?"

Ever courageous, Jordyn agrees to wear a wire as she prepares to confront her attacker. Now investigators just need a confession.

Deputies are listening. But the first sting is a bust: There's insufficient audio proof to make an arrest.

Cameron: "My mind is swamped with images."

Cameron: "You're welcome. And you're young."

Jordyn: "I am young. I'm not that young though. Very legal."

Jordyn: "Thirteen, oh my God. And I'm an adult now, we could have so much fun now."

Cameron: "I can imagine you stretched out."

Jordyn: "I'm sure you can imagine me stretched out."

Cameron: "Yeah, which is really a direct way to put it."

Jordyn: "Well, we always could."

Cameron: "I just want to twist you around like a little spider monkey and watch you ----. That is what I would like to do."

Investigators have heard enough. The Special Victims Bureau moves in for an arrest.

Jordyn is there with her father, hiding in their car, watching and recording every moment as sheriff's deputies move in.

"I was jumping around with my hands in the air screaming, the biggest smile on my face, so happy we got him, it's done. I'm done," said Jordyn.

"She's alleging that, during that time, that you guys had sexual intercourse together," a detective tells Cameron.

"Oh God no, no. She's saying I had sex with her?" says Cameron on the recording. "Whoa. I didn't kiss her or touch her or do anything sexual at all with Jordyn. I did not do that."

"Cameron Thor was arrested and he was ultimately charged with 11 felony counts," said Lt. Robert Peacock. "Those counts included kidnapping for the purpose of rape, and also lewd and lascivious act with a child under 14 years of age."

Cameron Thor is convicted of one count of lewd act with a child with a special allegation of substantial sexual contact. All other charges were dropped. He's sentenced to six years in state prison.

Despite Cameron Thor's arrest and conviction, Jordyn Ladell continues to receive counseling, and hopes her courage will help others stand up and fight back.

"I hope and pray that I can be an inspiration for that little 13-year-old girl who's in my shoes also, that I'm able to turn something so horrific in my life, that ruined my life, that made me want to die," said Jordyn. "It keeps me motivated, that keeps me going knowing that maybe they'll be OK because I told my story."

Before Cameron Thor's case went to trial, the District Attorney actually offered him a deal: Plead guilty to a misdemeanor and he'd be set free with only time served, the 23 days he'd already spent in jail. Thor, however, turned the deal down, because he would have to register as a sex offender for five years, and of course he maintains he is innocent. He has six years to think about that decision. 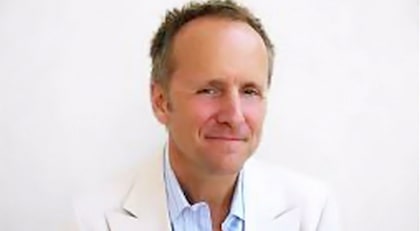