In Colorado, where marijuana is legal, the drug has become the focus of a tragic murder case involving a mother of three.

Call it the "Reefer Madness defense." in other words, "the weed made me do it."

This is about a murder. A tragic and bloody murder. It started as a domestic violence call to 911. The dispatcher calls the police cruiser.

"A report of a domestic violence in progress. [Reporting person] versus her husband, who's been smoking marijuana."

Kristine Kirk, 44, was the caller.

In fact, her husband Richard hadn't smoked anything that night. But he had reportedly eaten half a piece of marijuana-infused candy he bought at a local pot store. This took place in Colorado, so it was totally legal.

Kristine called for help after she said her husband began hallucinating and acting paranoid.

According to a Denver police detective, Richard Kirk crawled through a bedroom window and cut his legs on glass.

Then, according to the 911 call, which hasn't been released, his erratic behavior took an even darker turn.

He removed a gun from a locked safe. With Kristine still on the phone, he begged her to shoot him.

Kristine pleaded with him to put the gun away. But it was of no use. Twelve minutes into the 911 call, Richard Kirk shot and killed his wife.

The Kirks' three boys, ages 7, 11 and 13, were in the house listening to it all, shaking in fear in their bedrooms.

"As grandparents, the hardest thing for us is to not be able to give them the one thing they want most -- that's their mother back," said Marti Kohnke, Kristine's mother.

Their mother dead, their father awaiting trial for her brutal murder, the boys are now with Kristine's family.

"As grandparents, it was our job to spoil them, and now suddenly we also have to discipline them," said Kohnke.

Richard Kirk is charged with one count of first-degree murder after deliberation. He pleaded not guilty by reason of insanity, claiming the marijuana edible Karma Kandy Orange Ginger caused his "delirium and psychotic-like symptoms." Defense attorneys suggest Kirk was so impaired by the candy he may not have intended to kill his wife.

Kristine's family has filed a lawsuit, claiming both the seller and the manufacturer of the edible failed to put "warning labels, instructions or recommendations" on the pot candy Kirk ate.

But the prosecution's not buying Kirk's defense. As far as they're concerned, all this focus on pot may just be a sorry excuse for a cold-blooded murder. The Denver detective investigating the case reported the Kirks had growing marital and financial problems. And Kristine was covered by a $340,000 life insurance policy.

So what really caused Richard Kirk to kill his wife? Was it drugs, or just plain greed?

Richard Kirk will be back in court in July. 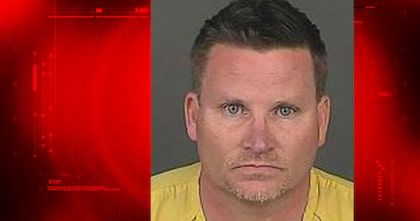 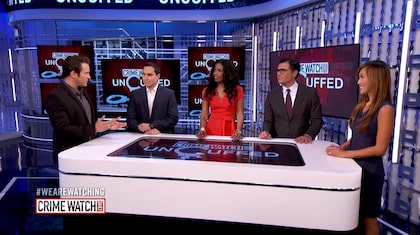