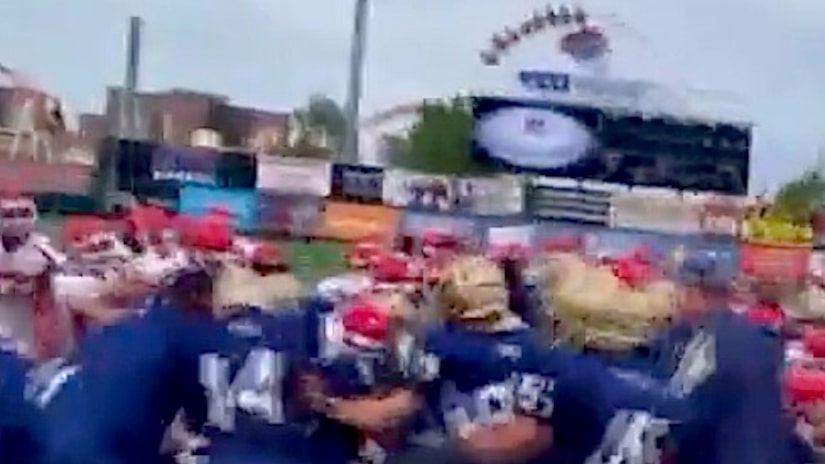 BROOKLYN, N.Y. -- (WPIX) -- Members of the NYPD and FDNY found themselves in a brawl during a charity football game in Coney Island Sunday.

The men squared off during a fundraising event held at MCU Park. What started off as a friendly match ended with punches thrown on both sides, an aggressive

This isn't the first brawl. The battles date back to the 1980s, nearly every single year the two departments get together.