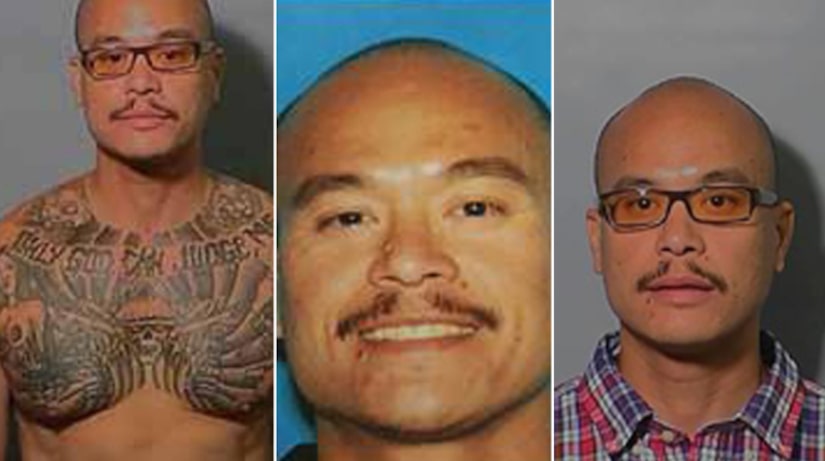 UPDATE 5/30/16: Authorities on Monday announced the capture of Philip Policarpio.

LOS ANGELES -- (KTLA) -- A "very dangerous fugitive" sought in connection with the homicide of his 32-year-old girlfriend and her unborn child in East Hollywood last month has been added to the FBI's Ten Most Wanted Fugitives list, authorities announced Thursday.

Philip Policarpio, 39, is accused of shooting Lauren Olguin in the head at a residence in the 500 block of North Virgil Avenue about 6 a.m. on April 12, a news release from the Los Angeles Police Department stated.

Policarpio brandished the weapon while arguing with Olguin, during which time he also punched the victim, police said.

Olguin, who was pregnant, died "instantly" after being shot, according to the FBI's website.

The unborn child did not survive, and an L.A. County criminal complaint against him was amended to include two counts of murder, said Deirdre Fike, the new assistant director in charge of the FBI's L.A. field office.

He shot Olguin in the forehead, killing her instantly, Fike said.

A reward of up to $100,000 is being offered for information leading to the Policarpio's arrest.