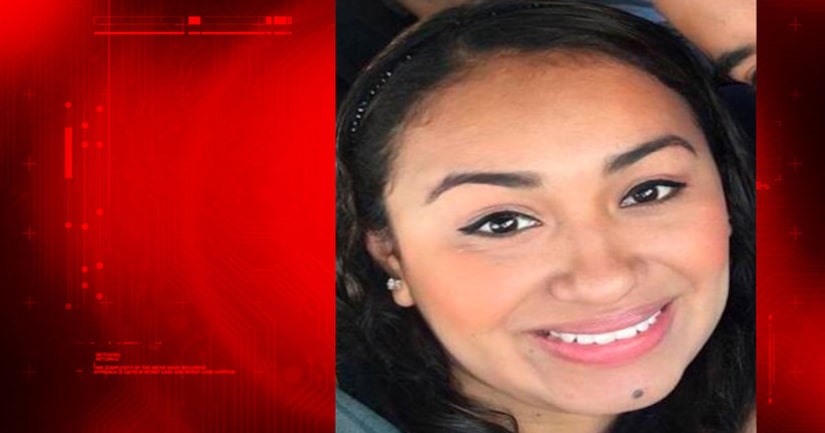 LOS ANGELES -- (KTLA) -- Police have asked for the public's help as their search continued Wednesday for a missing mother who was last seen with her husband nearly two weeks ago in Santa Ana.

Claudia Lisseth Sanchez Reyes, 21, was with her husband at a residence in the 2000 block of North Bush Street when she was last seen on May 6, according to a news release from the Santa Ana Police Department.

Reyes reported for work at an El Pollo Loco restaurant that day in either Santa Ana or Garden Grove, but did not show up the next day, Santa Ana Police Cpl. Anthony Bertagna told the Orange County Register.

Reyes' husband said he last spoke to her the following day at about 10:45 p.m., according to the news release.

“He said she was going clubbing with some unknown friends,” Bertagna told the Register. “We would really like to talk to those people.”

It was unclear why Reyes' husband waited until May 11, several days after he said he last spoke to her, to report her missing, according to the Register.

Police have responded to the home on domestic disturbance calls several times in the past, but no arrests were ever made, Bertagna told the Register.

Neighbors told KTLA the couple was planning to get a divorce due to their marital problems.

Reyes rarely misses work and ordinarily contacts her family and friends on a regular basis, according to the Police Department.

Reyes also left her 4-year-old son behind, according to the Register.

When investigators tried to contact Reyes' husband Tuesday, they learned he had obtained an attorney and had chosen not to speak with them, Bertagna told the Register.

Reyes' husband was not considered a suspect in the case, the Register reported.