A woman and two girls whose bodies were found in steel drums dumped in a state park in Allenstown have been identified, investigators said Thursday, but the identity of a third girl is still unknown, WMUR-TV reports.

According to authorities, Marlyse Elizabeth Honeychurch and her two children, Marie Elizabeth Vaughn and Sarah Lynn McWaters were among the four victims who had been found near Bear Brook State Park in Allenstown, NECN-TV reports

Authorities say a professional researcher and librarian from Connecticut made the suspected connection of the victims' identities after looking into missing persons cases and listening to a podcast on the Bear Brook murders.

Authorities say Honeychurch was dating Terry Peder Rasmussen, who had been identified as the prime suspect in the unsolved murders.

Jeffery Strelzin, associate attorney general of New Hampshire, told reporters at a news conference Thursday that in 1978, Honeychurch visited her family in La Puente, California, with her two daughters, KTLA-TV reports. Strelzin said one of the daughters was about 6 years old at the time and the other was about 1 year old. They had different fathers.

UPDATE Jan. 26, 2017: Police have linked the murders of a woman and three children in Allenstown to a woman's 1981 disappearance and a 2001 murder in California.

UPDATE Jan. 25, 2017: The case of a woman who disappeared in New Hampshire more than 35 years ago is connected to one involving four bodies found in steel drums in 1985 and 2000 in a state park, authorities said Wednesday, WBZ reports.

A little girl is brought back to life to help cops catch her killer.

"I know exactly when to stop. I stop when I see somebody staring back at me," said Forensic Imaging Specialist Joe Mullins. He calls his work "art with purpose."

Today he sculpts the digital clay of one of New Hampshire's biggest murder mysteries.

"We are looking at the absolute worst that humanity has to offer," said Mullins. "The 2- to 3-year-old girl that it looks like a brick has been used to smash her head in. It's devastating, but you've got to turn that devastation into motivation. And I want to give her her name back."

This brutal and baffling case begins in 1985 in Allenstown, New Hampshire in the woods near Bear Brook State Park. That's when two brothers out hunting stumble upon a horrific scene.

Dismembered and discarded, the decomposing remains of a little girl and a young woman spill out of a 55-gallon barrel. According to forensic anthropologists, these bodies were hidden away in this makeshift steel coffin for up to five years.

Local resident turned citizen detective Ronda Randall writes a blog dedicated to this unsolved murder mystery. Who are the victims? And why hasn't anybody come looking for them?

"It was clear that all the victims suffered from blunt-force trauma," said Mullins.

Senior Assistant Attorney General for New Hampshire Jeff Strelzin has been a prosecutor in the state for more than 20 years, and even he's baffled by the bodies in the barrel.

"There's no other case like this in New Hampshire," said Strelzin. "No other case I've ever worked on."

For 15 years police look for the killer. Then a possible break: In 2000, a rookie state trooper is assigned to the case. He travels to scene of the crime to get the lay of the land. There he finds a second barrel -- and incredibly, uncovers another gruesome crime scene. Two more bodies are found.

"He's looking around, comes over here to this area, finds a 55-gallon drum, looks in it, sees some plastic, a bag or something. Sees some bones," said Randall. "It turns out to be the remains of two more children."

This unspeakable discovery shakes the small community of Allenstown to its foundation, and stuns the chief forensic investigator.

And the DNA results are even more shocking. This is no longer just four individual murders -- this is a murdered family.

Forensics paint a heartbreaking family portrait, likely a young mother in her mid-20s and her 10-year-old and 3-year-old daughters. The fourth victim is a 4-year-old little girl who is unrelated, but believed by authorities to be an extended part of the family unit.

"I think that unfortunately somebody took one young female and three little girls and hid them away in the woods hoping that they were never going to be found, and that we were never going to know who they are. But we're really fortunate that they were found, and they have not been forgotten," said National Center for Missing & Exploited Children Senior Forensic Specialist Carol Schweitzer.

There is also a good chance they're locals. According to authorities, chemical compound testing proves this family lived in the area and had been there at least three months.

Ronda Randall sets her sights on the only residential area near where the bodies and barrels were discovered -- Bear Brook Gardens Trailer Park.

According to Randall, there were 115 lots and 476 people who had come and gone during the time of the suspected murders.

"It's been three and a half years of working on it every day and nights and weekends and holidays -- but it can be done and we're about three-quarters of the way through trying to find everybody," said Randall.

In addition to Randall's blog, she creates a trailer park Facebook page, but not everyone wants to be friends.

"Because of low rent and easy accessibility from the New Hampshire state prison, a lot of parolees came out of prison right into these mobile home parks here in Allenstown," said Randall.

According to Randall, many of the residents are transients, ex-convicts and child sex offenders.

So you're actually knocking on doors of ex-cons -- do the police know you're doing that?

"They strongly advise against field work by citizens," said Randall.

But Ronda's relentless fieldwork might just crack this case, and she's laser-focused on the trailer park.

"I think the likelihood is very high that [the killer] spent some time in this park or on the property those bodies were found on," said Randall.

One resident in particular attracts Ronda's attention. His name is Robert Stephen. A year before the first barrel is found, Stephen is sent to state prison for child molestation.

Did he have barrels on his property?

"He did, his daughter stated that he had barrels in that shed," said Randall. "I also know he had a band saw in that shed, his brother told us, and he kept it padlocked all the time. We've got two dismembered victims cut up with some kind of saw, but unfortunately that evidence was not seized or tested at the time, as far as I know."

And it never would be tested. The year the second barrel is found, Stephen dies of a heart attack in prison.

"We've never named anyone as a person of interest," said Strelzin. "He did come up on the radar screen."

But just a blip on the radar screen, like so many others. To date, police have no other persons of interest or clues in this case.

What do you think about the work that Ronda Randall is doing on her site?

"In a case like this there's really no harm you can do by putting information out there, so if we knew some definitive things and we were concerned that there were misinformation, that would be one thing, but I think it's that saying, 'Any publicity is good publicity,'" said Strelzin.

And publicity is exactly what this case needs. According to the National Center for Missing and Exploited Children, using recent scientific findings in this case, forensic artist Joe Mullins releases updated 3-D facial reconstructions for all four unidentified murder victims.

"That's the moment when you realize that it's not just a skull, this is a little girl who's lost her identity," said Mullins.

New Hampshire authorities say this case remains an open investigation. A donated headstone for the woman and three little girls awaits confirmation of names for the engraving.

"It's definitely not too late," said Carol Schweitzer. "One thing that we've found in these cases where the children have been identified, even if they weren't reported missing, they had a family member searching. And I think that's a really big piece that we just hold on hope to. We just need to find that one family member that's still looking."

If you have information about the case or recognize the identity of these four victims, submit a tip to Crime Watch Daily , or call or text (844) 800-CRIME. 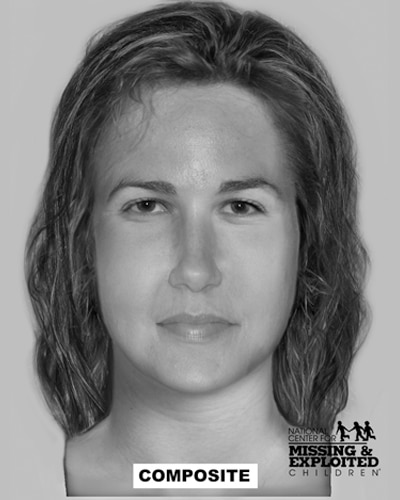 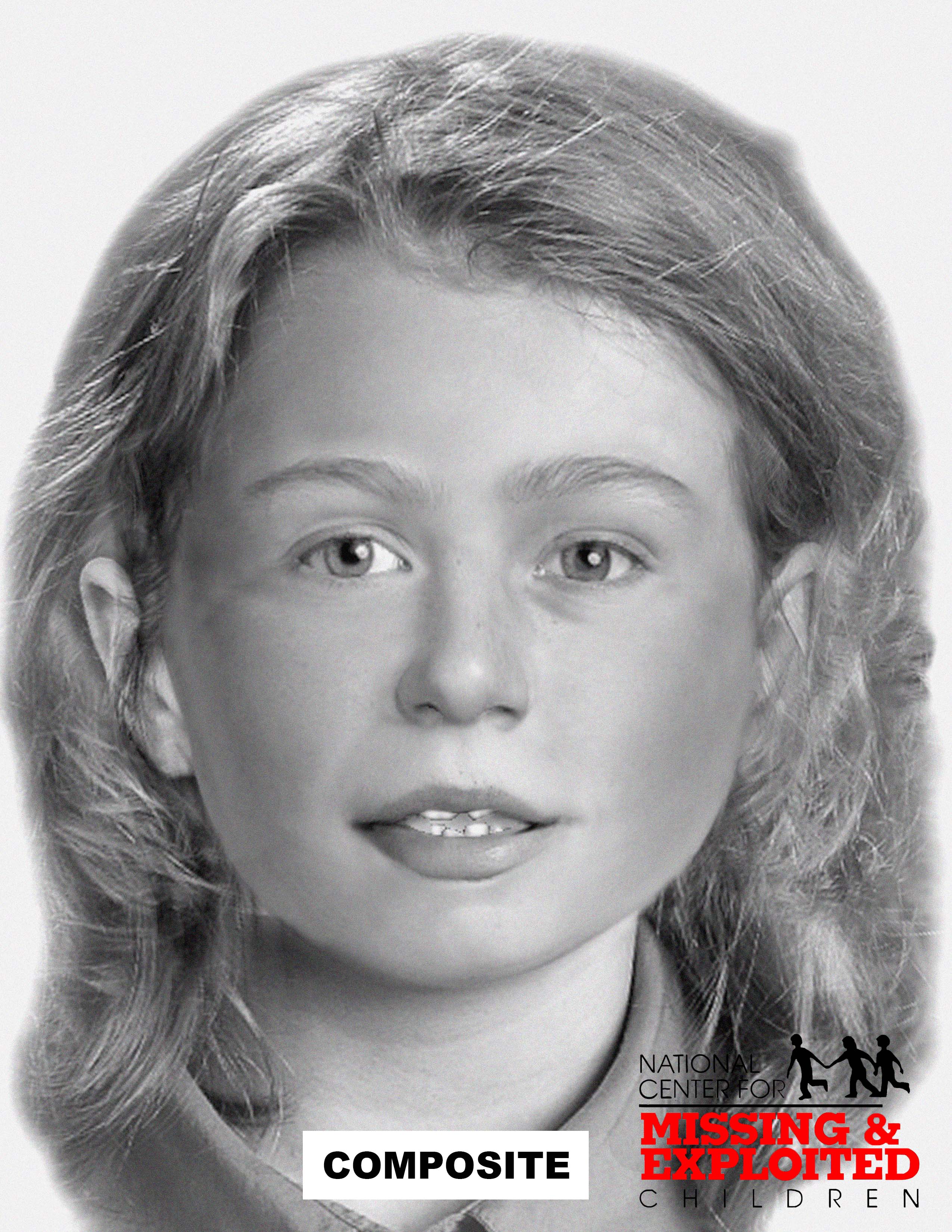 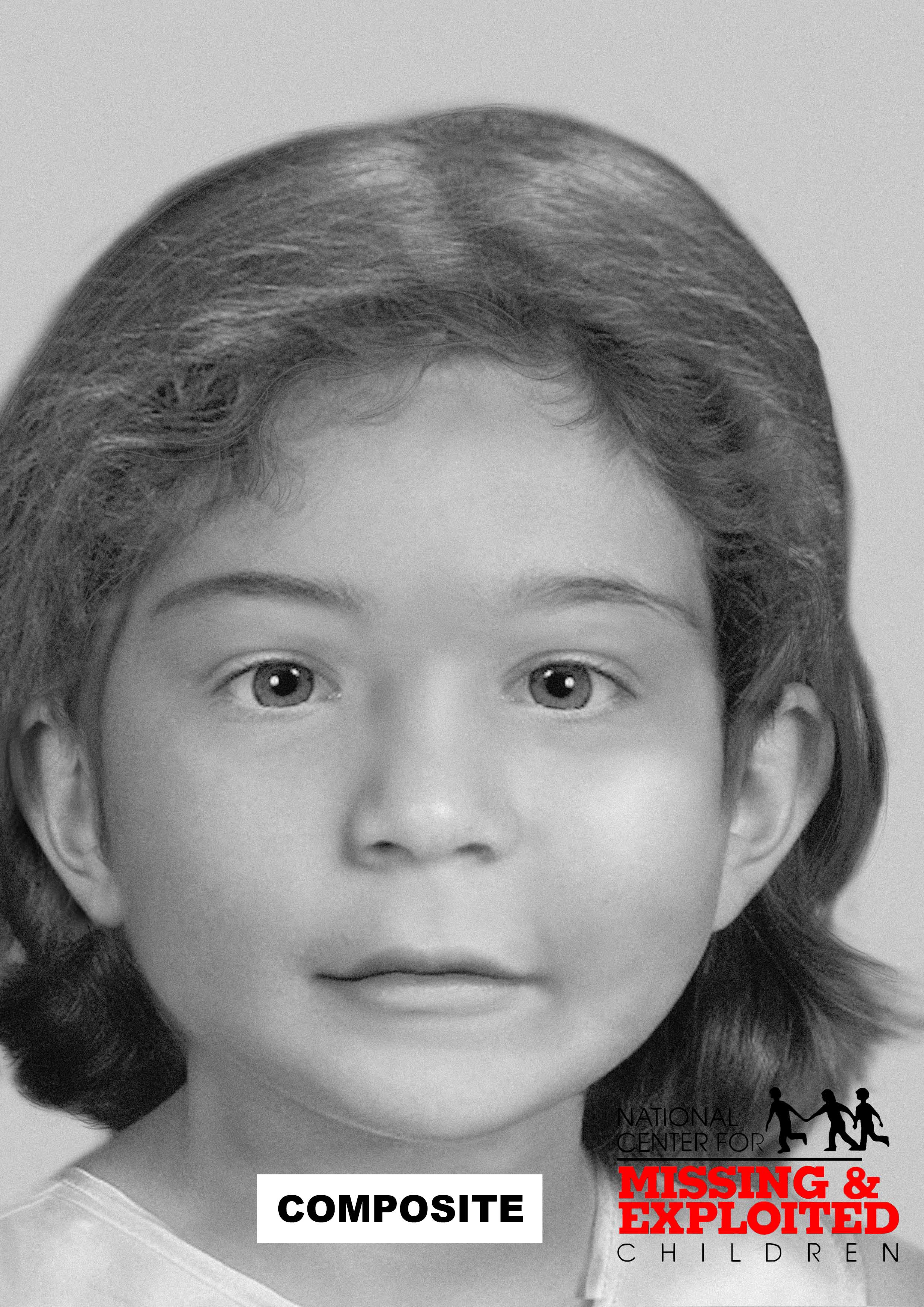 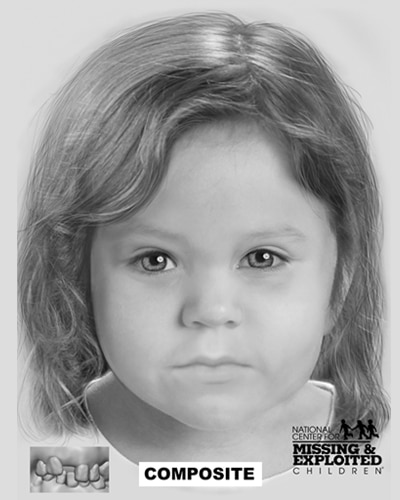 UPDATE Jan. 25, 2017: The case of a woman who disappeared in New Hampshire more than 35 years ago is connected to one involving four bodies found in steel drums in 1985 and 2000 in a state park, authorities said Wednesday, WBZ reports.