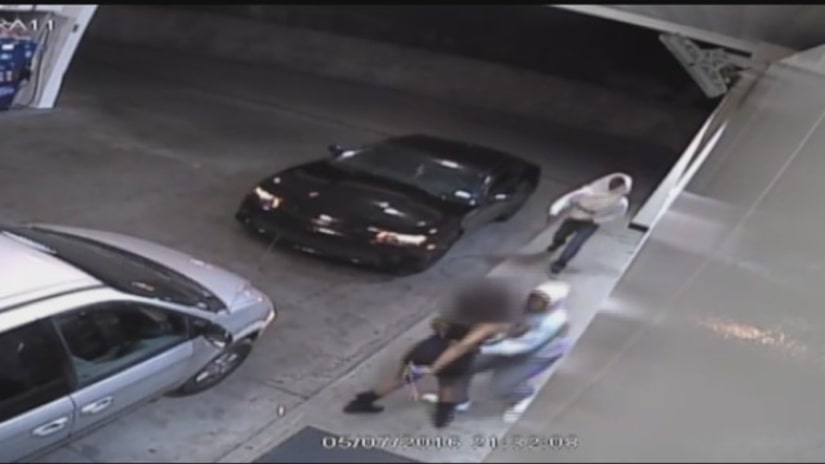 ATLANTA -- (WGCL) -- A woman fought off two men who tried to carjack her in Atlanta Saturday night, and it was all caught on camera.

The incident happened at the Exxon gas station on Hamilton E. Holmes Drive in Atlanta at about 10:30 p.m. on May 7.

Surveillance video shows two men approach a woman as she was getting into her vehicle. The victim begs the suspects not to rob her and refuses to give them her car keys.

“She struggles with all her might," said Atlanta police Sgt. Warren Pickard. "She's able to get some of her items back. They get in her vehicle. She snatches them from the car. They get in the car again."