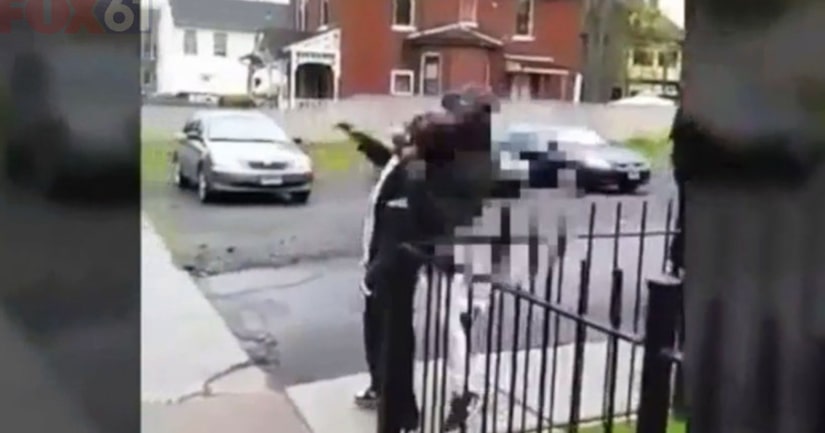 HARTFORD, Conn. -- (WTIC) -- A juvenile is under arrest after a video showed a surprise attack on a man in Hartford also known as the "knockout game."

A 66-year-old man was walking outside of his home, when he was approached by four teens, police said. One of the teens punched the man in the back of the head, shoved him to the ground and threw him into the street. One teen filmed the attack on his phone and two others watched. They can be heard laughing as the man lies in the road.

The victim said he wasn't seriously injured and got a bump on the back of his head and a headache. He didn't call police or seek medical attention.

Police said the video quickly made the rounds at Hartford High School where the attacker goes to school. That's when school district officials caught wind of it and reported it to authorities.

Police said the teen was arrested and referred to juvenile court Tuesday, May 10. He was issued summons for assault in the third degree on an elderly person, reckless endangerment in the second degree and disorderly conduct. He has a previous arrest record, according to police, and just a week prior was arrested after a fight at his school.

No word yet if the other teens in the video will face charges.

In the so-called "knockout game," a victim is chosen at random. Without warning, the perpetrator tries to knock out their target with a single blow to the head. Often the attacks are recorded and posted on social media. In 2013, New Haven officers reported six knockout-style assaults in two days.